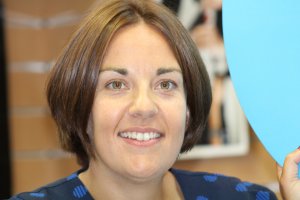 The former Labour leader Kezia Dugdale will not be suspended by her party for joining I’m A Celebrity… Get Me Out of Here which is being filmed in Australia.

The decision was taken despite her being refused permission by the party to take part in the ITV programme.

A meeting of MSPs on the Scottish Labour group concluded that she “would not face suspension”. However, she will be asked to explain herself when she returns to Scotland.

New leader Richard Leonard said on Saturday that he thought it “unlikely” that she would be suspended despite a backlash, mainly from her own party.

In a statement, the Labour group said: “In accordance with standard procedure, Kezia Dugdale will be interviewed on her return to parliament and have the opportunity to present her account of events.”

Lothians MSP Ms Dugdale has arrived in Australia and is expected to make her debut on the programme this week.

She is expected to be paid tens of thousands of pounds, part of which she will donate to a motor neurone disease charity, along with her MSP’s salary for the three weeks she is away.

Nicola Sturgeon, the SNP leader and First Minister, appeared to support Ms Dugdale’s decision on Sunday, tweeting that she was #TeamKez.

Comment: Admit it Kez, you’ve been bitten by the celebrity bug