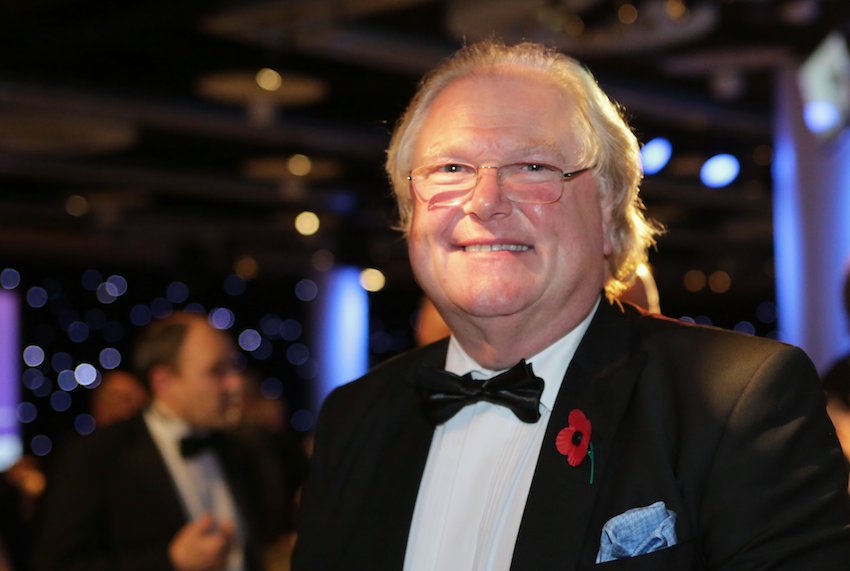 His comments may have caused some discomfort for Scottish Finance Secretary Derek Mackay who was among the guests at the Scottish Property Federation annual dinner.

Mr Mackay is expected to raise taxes, including income tax, in his Budget next month.

Lord Jones, one of the principal speakers at the event, spoke up for the “wealth creators” who provide money for investment in public services.

“Politicians talk about spending money. Nobody talks about earning the stuff,” he told the audience of 630 at the Edinburgh International Conference Centre.

“The lower the tax rate, the more money you get. It’s an inconvenient truth,” he said.

He added that the “mood music” was against business and he accused the BBC and its interviewers of having a negative view of those working in business.

“They sneer, they show it in their body language. If they want a crook to appear in a soap they say ‘let’s find a businessman’,” he said. “But I salute you all. We have to shout about our successes.”

He shared a platform with Sarah Smith, Scotland editor of the BBC, who did not respond to his comments.

She was a late substitute for BBC political editor Laura Kuenssberg who pulled out apparently because of the need to be in London following the resignation of International Development Secretary Priti Patel.