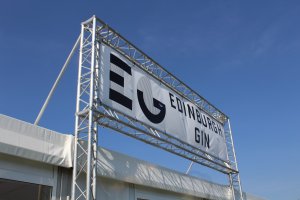 Ian Macleod Distillers has refinanced the business with an extended £80 million asset based lending package.

The funding, which has been provided jointly by Bank of Scotland and PNC Business Credit, will support organic growth and the recently-announced revival of the Lowland malt whisky brand, Rosebank.

The company has a portfolio of premium spirits and last year acquired Edinburgh Gin (pictured) with the help of legal adviser Vialex.

It sells more than 15 million bottles of spirits a year.

The lending facility has been secured against the company’s inventory of whisky stocks. In addition, Bank of Scotland is providing all day-to-day operational banking services, including a £250,000 overdraft facility.

Last month Ian Macleod Distillers reached an agreement, when planning is granted, to buy Rosebank’s Falkirk site Scottish Canals. It has separately acquired the Rosebank trademark and stocks from the distillery’s previous owner.

Mike Younger, finance firector at the distillery, said: “Bringing the iconic Rosebank distillery back to life is a big project, and one that we’re incredibly excited about. We are very pleased that we now have a funding package which allows us to both rebuild Rosebank and fund the general expansion of the business.

“Asset based lending is ideal for us, as it provides highly flexible funds secured against our appreciating maturing whisky stocks.”