Hally re-elected at Shepherd and Wedderburn 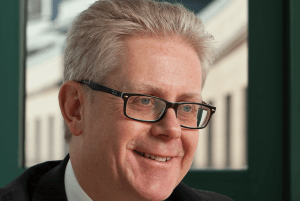 Paul Hally has been re-elected to serve a second consecutive term as chairman of Shepherd and Wedderburn.

Mr Hally, who was first elected to the position in 2014, will help steer the firm’s direction over the next three years.

During his first term he has contributed to developing and implementing the firm’s business strategy.

He joined Shepherd and Wedderburn in 1984 and served as the firm’s chief executive from 1999-2004 and has advised client in the funds, financial services, banking and energy sectors. These include Cairn Energy, most notably advising on the company’s UK stock market listing and the listing of its Indian business, and Lloyds Banking Group.

He also acts as a reporter to the Court of Session in Edinburgh on significant corporate transactions, including the demutualisation of Standard Life and the merger of Lloyds Banking Group and Bank of Scotland. In addition, he is the convener of the business policy panel of the Institute of Chartered Accountants of Scotland.

Mr Hally said: “Stewardship of Shepherd and Wedderburn is a great privilege and honour.”

Chief executive Stephen Gibb said: “Paul has made an immense contribution to the firm’s progress and to helping clients achieve their objectives.

“During his 33 years at the firm, Paul has led by example and has been a mentor to many young lawyers who have gone on to become partners at Shepherd and Wedderburn or to lead very successful careers in-house with many of our clients.”