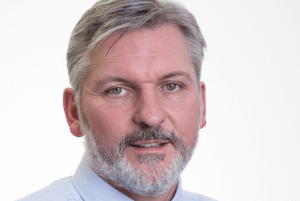 Mr Smith has held senior roles with a number of major engineering groups, including the Aberdeen oil and gas industry pipe specialist.

EJH was the first business to be backed by Aliter Capital, a specialist investment firm focused on UK support services, in January this year.

Headquartered in Tannochside, near Glasgow, EJH has revenues of £130m and employs 900 staff across four key operating companies located in Central Scotland, the Midlands and the Highlands.

Mr Smith has been at the heart of a number of high-profile businesses which have enjoyed significant growth and success.

Starting his career as a technical apprentice with EJ Stiell, he progressed through the business, fulfilling a number of roles, until his appointment to the board in 2000 as operations director.  Following the acquisition of Stiell by Alfred McAlpine in 2002, he was appointed divisional managing director and in 2005 became executive director.

He joined Aberdeen oil services business ASCO in 2007 as part of the management buy-in team, led by Aliter Partner Billy Allan, and spent the next seven years expanding the business in new territories around the world, becoming Group CEO before leaving at the end of 2014.

For the past three years he has been Group CEO of Ramco where he led the restructure of the business, investing significantly to position the company for further international growth.

Commenting on his appointment to EJH he said: “This is a very exciting time to be joining EJH to lead its drive to become a major UK national technical services group.

“We are aiming to further expand our services and geographic footprint, building on an already very strong base.  We see significant opportunities across the UK in the months and years ahead and I am looking forward very much to leading our drive for further growth.”