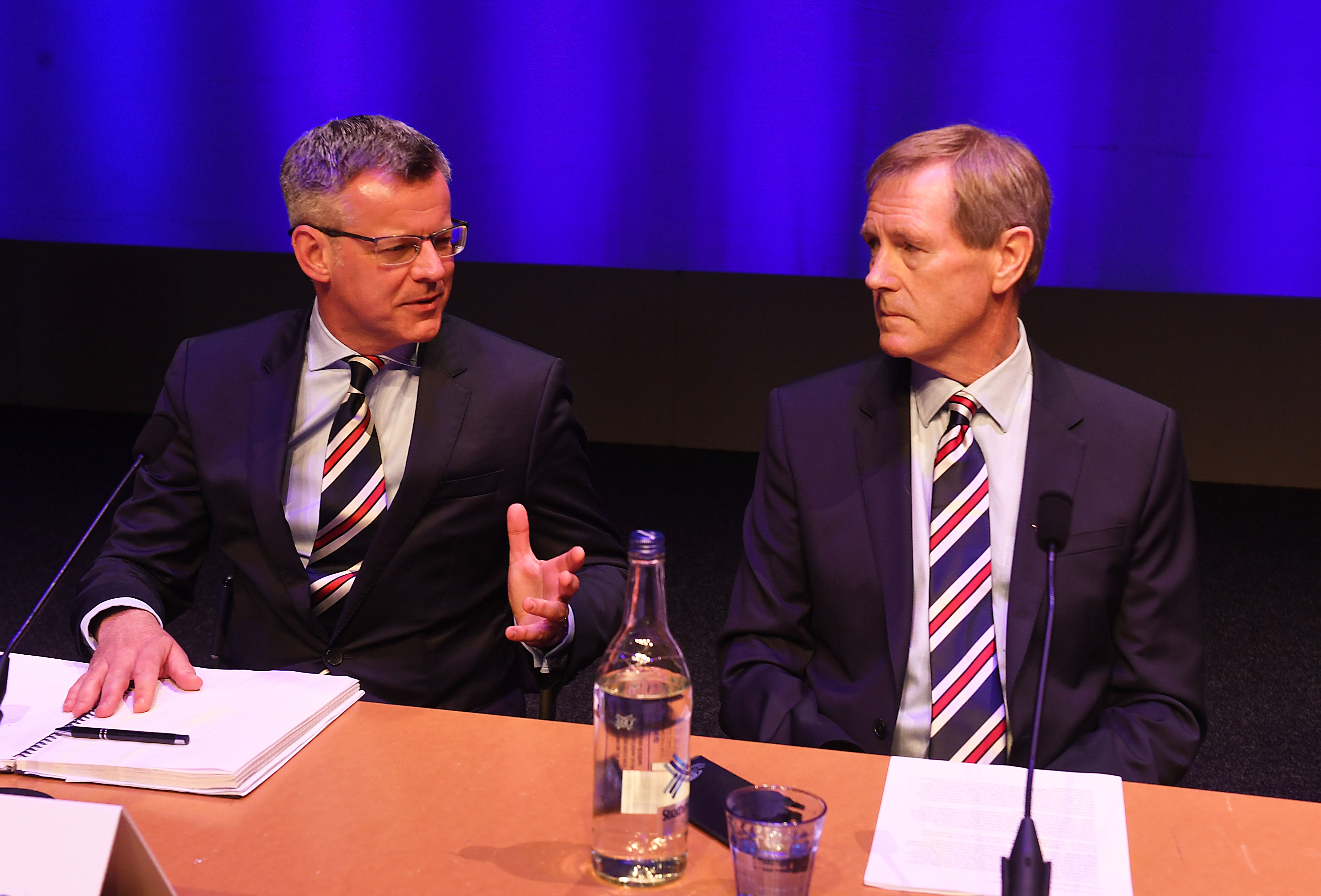 Rangers’ financial struggles will only be resolved by successful participation in European football, according to chairman Dave King.

The club’s latest annual accounts posted earlier this month showed that losses had more than doubled to £6.7million and addressing shareholders at the annual general meeting at the Clyde Auditorium, Mr King said it was vital to get the financial balancing act right.

The Ibrox outfit will still have to rely on the support of shareholders and a certain level of funding going forward, though Mr King cautioned this could not be taken for granted if the losses were not being addressed.

Key to that in the long term, said the South African-based businessman, is the team performing well in Europe as current income levels are insufficient.

“The most important financial risk that the company continues to face is the need to strike the right balance between financial prudence and deficit funding,” he said.

“The club is still unable to regain its former status by relying solely on the income it generates from its normal operations. The club and company will only be self-sustaining when we’re consistently successful in Europe and that remains our target.

“The board remains committed to the prudent use of debt funding but, in doing so, it remains essential that the board does not significantly deviate from its approved financial plan as a result of supporter and media pressure during one specific season and thereby abandon the financial discipline that is so essential to ensuring football and commercial success over the medium to long term.

“Of course, running a loss-making business requires funding and this requires the ongoing support of shareholders to ensure that the legal permissions are in place.

“We cannot do as we please when introducing funds.

“So far, the board has been successful in securing the cash resources that have been required – often at short-notice – but we cannot take future funding for granted if there is no end in sight to the company’s losses, or if we take on excessive risk during this intervening period.

“It is the responsibility of your board to ensure that this does not happen.

“I emphasise the importance of managing risk because it is not a trivial one – particularly at this stage of our recovery when we can ill-afford to make big financial mistakes.

“It would be wonderful if we were in a position to project our revenue and costs for a number of years, to put the required funding in place, and then tell management to get on with it.

“That can work on a relatively risk-free basis in most businesses but is not possible in a sporting environment where the manager and player revolving door keeps on spinning and the personnel going out more often than not do so at a cost to the club in question.

“Under such circumstances, if additional non-budgeted investment is not made available, the club would go backward. No club is immune to this and it is something that your board is particularly alert to.

“We’ll continue to do what is necessary to get the club back on track as soon as possible.”

The Ibrox chairman also indicated the club is closing in on a successor to Pedro Caixinha, who was sacked in October.

Revealing he hopes to be able to announce something ‘shortly’, Mr King added: “The search for Pedro’s replacement has also been thorough and of appropriate duration under the guidance of Mark Allen, the director of football.

“Our short-listed candidates include individuals presently under contract and that adds an additional unavoidable time element.”