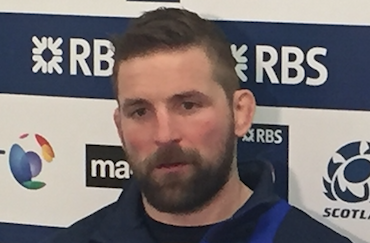 Edinburgh Rugby head coach Richard Cockerill has continued his rebuilding project with the signing of Scotland captain John Barclay on a two-year deal.

The 64-times capped back-row will join the club at the end of the season from Scarlets whom he skippered to the Guinness PRO12 (now PRO14) title last season and returns to Scotland after five years in south-west Wales.

“I spoke with Richard Cockerill and he outlined his vision for the future,” said the 31-year-old.

“Edinburgh as a club, and as a city, has a huge amount of potential and I can see what they are trying to do, so I’m looking forward to being a part of it. Scotland is home, so it’ll be great to come back and play at one of my home clubs.”

On securing the services of Barclay, Cockerill said: “We’re delighted that a player of John’s calibre has chosen to join Edinburgh.

“He’s a terrific player, with a proven track record and his leadership values will only add to the strong culture we’re building at this club.

“John is committed to taking Edinburgh forward and his ambition to create a winning environment will benefit our squad immensely.”

Barclay was named Scotland captain during the 2016 Six Nations and skippered the team during Gregor Townsends’s inaugural summer tour to Australia, Singapore and Fiji. He continued his captaincy in last weekend’s win over Samoa and will lead Scotland out against the All Blacks at BT Murrayfield tomorrow.