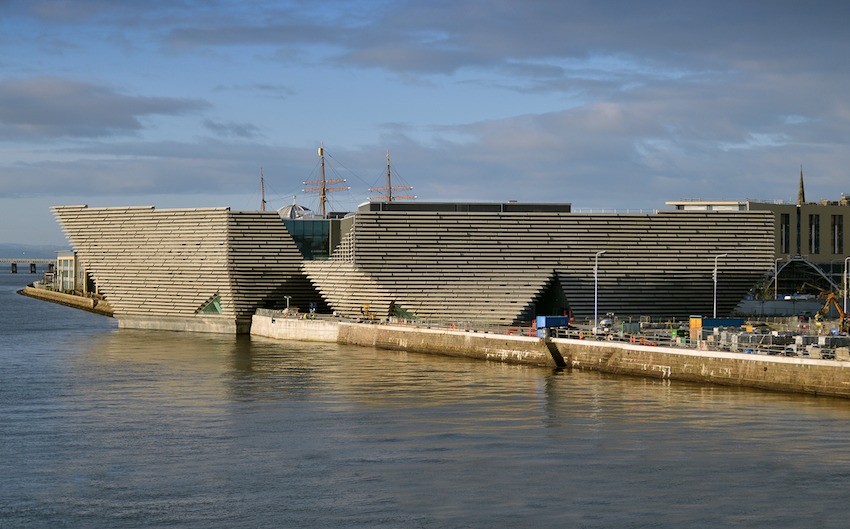 V&A Dundee: part of a cultural revolution in the city

Organisers of Dundee’s bid to become the European Capital of Culture in 2023 have been stunned by news that no British city will be allowed to compete because of Brexit.

The European Commission says the Capital of Culture is only open to countries in the EU or EFTA or the European Economic Area.

But the ruling has angered five UK cities who were expecting the winner to be announced next week.

A letter from the European Commission to the Department of Digital, Culture, Media and Sport (DCMS) said UK participation “would not be possible” and said the UK’s selection process should “immediately be discontinued”.

Dundee’s bid team were due to make their final presentation to the competition judges next week.

It is reported that the DCMS only received the Commission’s letter on Wednesday.

A spokesman for Dundee 2023 said that the team was “hugely disappointed” at the Commission’s late decision.

He said: “The timing is disrespectful not only to the citizens of Dundee, but to people from all five bidding cities who have devoted so much time, effort and energy so far in this competition.

“It’s a sad irony that one of the key drivers of our bid was a desire to further enhance our cultural links with Europe.”

Bid director Stewart Murdoch said there would still be a commitment to organising at least the smaller events.

“I don’t think the work has been wasted,” he said, “It carries Dundee forward and has raised its profile and aspirations, and that’s the best thing from a disappointing outcome for us. I think a lot of the events will still go ahead.”

The UK’s five final bid proposals were submitted at the end of October. They were from Dundee, Nottingham, Leeds, Milton Keynes, and a joint proposal from Belfast, Londonderry and Strabane.

Dundee’s bid was believed to include 110 new projects across the city, including plans to host the Turner Prize, the Man Booker Prize, large music events and a major comic convention in the birthplace of Desperate Dan and Dennis the Menace.

Liverpool was the last British city to be a European Capital of Culture, in 2008, following Glasgow in 1990.

Commenting on the EC’s decision, Scotland’s culture secretary Fiona Hyslop said: “It is now deeply concerning that the amount of time, effort and expense Dundee have put into scoping out their bid could be wasted thanks to the Brexit policy of the UK government .

“We are in urgent contact with the UK government and Dundee to understand the potential implications of this situation and to establish what action the UK Government is going to take to address it.”


Opportunities across Dundee and Dundee Waterfront are to be promoted to the global investor community next week.

Allan Watt, Dundee Waterfront Project Director said: ” We have one of the most exciting investment propositions in Europe, and it is important we share that opportunity as widely as possible.

“Dundee Waterfront has nearly 1.5 million sq. ft of ‘shovel-ready’ land ready for mixed-use development across 8 sites. We take a partnership approach to development and work closely with investors to progress their proposals.”

Dundee was recently tipped by the Wall Street Journal as a ‘hot destination’ for 2018, whilst National Geographic magazine traveller section selected the city as one of its ‘Stay at home’ destinations.