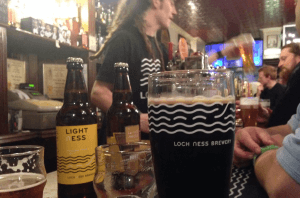 Drinkers were spared a further hike in alcohol duties but smokers are set to be further out of pocket after the Chancellor announced price increases on tobacco.

This means a packet of twenty cigarettes will now cost 28p more meaning a smoker could be forking put nearly £10, a 30g pouch of pipe tobacco tobacco will go up 18p and a 10g pack of cigars will increase by 14p.

The chief executive of anti-smoking charity ASH Deborah Arnott said: “We congratulate the Chancellor for renewing the tax escalator thereby committing to reducing the affordability of tobacco year on year during this parliament.

“These measures will help bring the end of the tobacco epidemic a step closer by discouraging young people from taking up smoking and encouraging adult smokers to quit.”

Meanwhile, alcohol duties are set to remain unchanged on beer, wine, spirits and most ciders, with Mr Hammond saying a bottle of Scotch will be £1.15 cheaper next year when compared with proposals by Labour.

The move has been warmly received by the Scotch Whisky Association CEO Karen Betts, who said: “We welcome the freeze in excise duty on spirits, which helps support the competitiveness of Scotch – a major UK export – in uncertain times.

“My thanks go to all MPs and MSPs who have supported Scotch and helped convince the Chancellor that a second duty rise in 2017 would have hurt the industry and consumers.

“But tax on Scotch is still very high. £4 in every £5 spent on Scotch goes to the Treasury, and we believe this is a missed opportunity.

“We believe a cut would have delivered more revenues to the government as well as underscoring government support for an important UK manufacturing industry, which supports 40,000 jobs across the UK.”

Mr Hammond announced plans to tackle cheaper high strength white ciders and said there would be a plan to tackle the consumption of cheap booze.

“Excessive alcohol consumption by the most vulnerable people is all too often through cheap, high strength, low quality products – especially so-called white ciders.

“So following our recent consultation we will legislate to increase duty on these products from 2019 but recognising the pressure on household budgets and backing our Great British pubs duties on other ciders, wines, spirits and on beer will be frozen.”