Dogs get the bug for biscuits made from insects 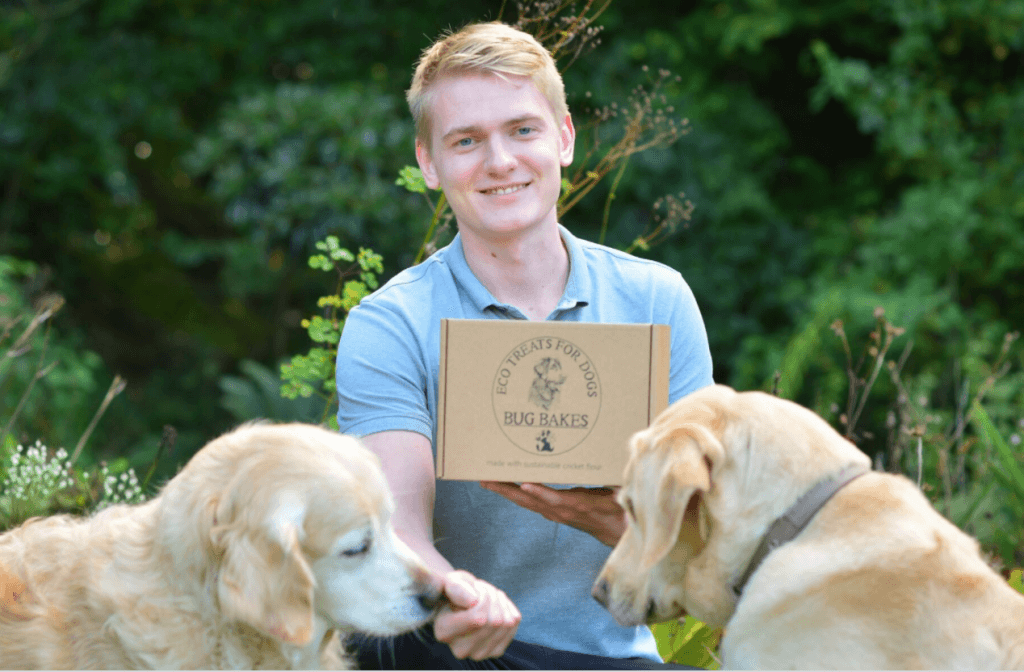 Dogs are catching the bug for a new range of treats made from insects by a newly-launched animal snack business in Fife.

Creator, Ross Lamond, from Wormit, believes the biscuits are the first dog treat to contain insect protein in the UK, and provide dogs with a sustainable source of protein, fibre, iron, calcium and all the essential amino acids they need.

The 23-year-old is now hoping to sell his product wholesale to independent pet shops, veterinary practices, and directly to dog owners throughout the UK.

He said: “According to the Pet Food Manufacturing Association the pet snack industry is worth in excess of £434m and growing year-on-year.

“From my research I discovered there were no treats being manufactured for dogs using insect protein in the UK. That gap in the market gave me the inspiration I needed to produce my own biscuits using cricket powder.

“Not only are the insects nutritionally dense, they produce far less greenhouse gas and require minimal space, water and feed when compared with traditional farmed livestock. They can even be fed from a wide variety of food waste so their impact on the environment is minimal.”

Mr Lamond was advised by Business Gateway and with an initial investment of just £1,500 he launched Bug Bakes.

The initial idea for the product arose after Ross read a paper by the United Nations that stated there was a need for greater insect protein consumption in the west. But it wasn’t until he began studying for his final law exams that he started to research the pet snack industry.

He has big plans for his business and hopes to secure 50 stockists before the end of the year so he can move production out of the kitchen and into an industrial unit.