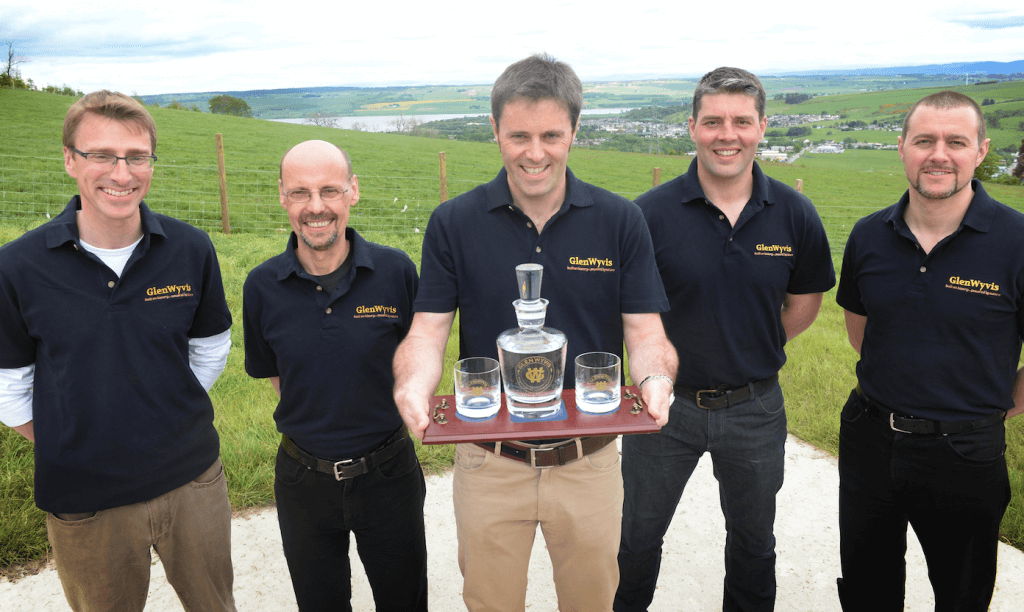 The return of whisky distilling to Dingwall after 90 years will be marked at the official opening of the GlenWyvis Distillery.

It is the world’s first 100% community-owned whisky distillery and has been made possible by a crowdfunding campaign and a two-year push to build a distillery that is fully-powered by renewable energy.

The community opening will be attended by invited guests from the local community and some of the 3,000+ members of the GlenWyvis Distillery Community Benefit Society. One member will be been selected by ballot to ‘cut the tape’ in the still house to mark the occasion.

The backers of the venture raised an initial £2.6 million. GlenWyvis gin will be produced in early 2018 and will establish GlenWyvis as one of a few dual whisky and gin distilleries in Scotland.

Managing director and founder, John McKenzie, said: “From the outset we have envisaged the project as much more than a distillery. We recognised this was an opportunity for all social investors to help reinvigorate the town of Dingwall and build on our whisky heritage* through community-ownership.

“We have undertaken a massive outreach programme to build interest and investment in the project both locally and further afield.

“Our aim has always been to produce both high quality Scottish whisky and craft gin – and to attract more visitors to the area.

“We are exploring options for distillery tours and a proposed GlenWyvis visitor experience that will help to benefit the community and develop Dingwall in to a leading craft distillery town in Scotland, and a quality destination on the North Coast 500 tourist route.”

Chairman, David O’Connor added: “We are now all set to move from commissioning to whisky production, and we are all extremely proud that this ambitious two-year project has reached the stage of the official opening today.

“This is a remarkable community project and the support has been overwhelming. With our second open share offer still ongoing, we have now raised over £3 million in a very short time and I believe that is testament to the enduring appeal of Scottish whisky.

“Over 60% of our members come from the local Highland area, and we’re using barley sourced from the local farmers coop, Highland Grain. I’m immensely proud of the entire GlenWyvis team and we are all thrilled to be officially opening the distillery on St Andrew’s Day.”

The newly appointed Master Distiller, Duncan Tait, said: “To join a brand new distillery and shape the flavour profiles of a new single malt from the start is a dream come true.

“The opening event marks the start of the next stage of this truly inspirational project. After today, we get down to the hard work of distilling a whisky that will put GlenWyvis and Dingwall on the international spirit map.”