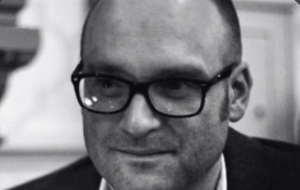 Smith, who is head of corporate relations with the drinks giant in Edinburgh, will move temporarily into the new role of head of government relations and public policy for Movement to Work.

MtW is chaired by Diageo CEO Ivan Menezes and is run entirely be secondees from member organisations who include some of the UK’s biggest listed companies.

Diageo is contributing through its Learning for Life programme which has provided more than 1,000 young unemployed people with training and work experience in hospitality and bartending over the past three years. Almost 80% have got permanent positions.

Smith said: “Movement to Work is a remarkable organisation involving the UK’s leading employers who are committed to tackling youth unemployment.

“The Movement and the companies which are part of it are making a real difference to the lives of young unemployed people in the UK and it is a real privilege to be able to contribute to that work.”

Communications agency Orbit, based in Edinburgh, has recruited a creative director, John Ayscough, and three designers as part of a relaunch which includes new branding.

Mr Ayscough has worked in the design and advertising sector for more than 20 years. He has art directed major projects for global brands, the Scottish Government and latterly, some of Scotland’s more ambitious charities.

Perceptive won a competitive pitch and will raise awareness of the Rearo brand with a particular focus on the company’s commercial division and its bespoke ‘design-manufacture-fit’ operation.

Julie McLauchlan, managing director of Perceptive Communicators, commented: “Rearo is a really interesting manufacturing business based in Glasgow with a fantastic heritage and exciting plans for growth. “