'Only Tories can beat SNP' 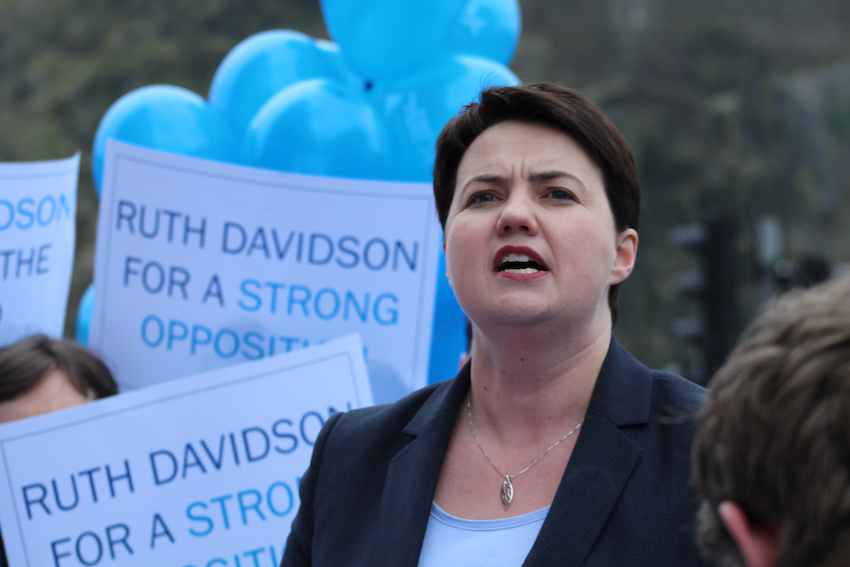 Ruth Davidson: Labour is holed below the waterline (photo by Terry Murden)

Scots Tory leader Ruth Davidson will attempt to derail the new Scottish Labour leader’s election today by claiming that only her party can challenge the SNP.

In a speech at the Scottish Conservative’s autumn convention in Perth today, Ms Davidson will say that Scottish Labour is “holed below the waterline” and that it doesn’t matter who leads the party.

She will say the Scottish Conservatives can appeal to “thousands of Labour voters who are looking for a party to do a job for them”, taking on the SNP.

Her comments come as Scottish Labour chooses its ninth leader since devolution. The bookies expect Richard Leonard to beat Anas Sarwar to the job of succeeding Kezia Dugdale. The winner will be announced at the Glasgow Science Centre.

The final week of a bruising campaign has been overshadowed by acting leader Alex Rowley being suspended amid allegations surrounding his private life, which he has denied.

Ms Davidson will focus her criticism on Labour’s internal divisions.

“Scottish Labour’s leadership contest has revealed a party that is divided and bitter,” she will say. “A party that, under Jeremy Corbyn, preaches social justice but practices match-fixing.

“The truth is, barring Johann Lamont, every single person who has tried to lead Scottish Labour over the last few years has either fallen on their sword or fallen short.

“Surely the lesson is – it doesn’t matter who the captain is, the ship is holed below the water line.

“And so it doesn’t matter who takes over today, Labour is a marooned on the rocks.

“It means my party must step up to do the job that people in Scotland desperately want to see: holding the SNP to account.

“To oppose the Nationalists’ obsession with independence – and to set out a mainstream alternative: improving schools, investing in services and supporting business.

“We can appeal to those thousands of Labour voters who are looking for a party to do a job for them.

“People have run out of patience with Scottish Labour’s endless infighting.

“Only the Scottish Conservatives have what it takes to remove Nicola Sturgeon from government and take Scotland forward.”