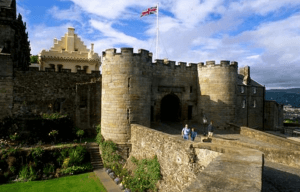 Progress is being made on city deals for Tay Cities and Stirling, and on a growth deal for the Borderlands, said the Chancellor.

He confirmed a further £2 billion will be allocated to the Scottish government as a result of Budget decisions.

Scotland’s finance secretary, Derek Mackay – who will unveil his own draft budget in December – said it was “money with strings attached” which could not be spent “directly on frontline public services” and would eventually have to be repaid to the Treasury.

He said the overall deal was “disappointing”, telling television programme that “it’s not a £2bn boost to Scotland, it’s a con”.

But Scottish Secretary David Mundell told the programme there would be a “significant increase in Scottish government spending”.

Rory Alexander, partner and local government lead at Scottish law firm Morton Fraser said: “Today’s announcement by the UK Government on the start of negotiations for a Borderlands growth deal and that progress is being made on Scotland’s Tay Cities and Stirling City Deals is a positive step forward for the Scottish Government’s ambition for visible and accountable leadership.”