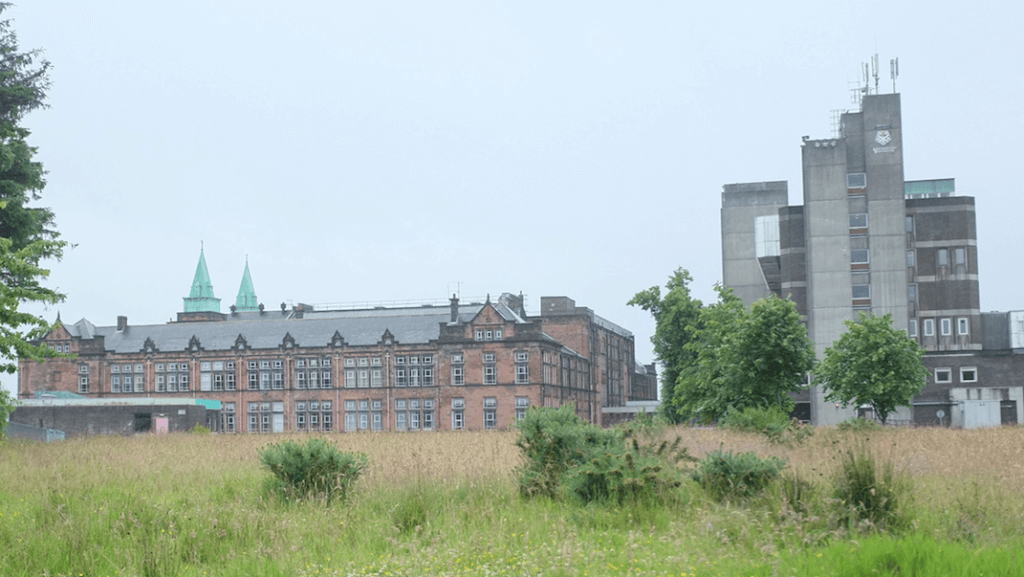 David Stow building with adjacent modern intrusions which will be demolished

On the anniversary of the death of one of Scotland’s pioneering educational figures, plans have been revealed to restore the building which bears his name.

The B-listed David Stow building, which was once at the centre of the University of Strathclyde’s former Jordanhill campus, will be converted to apartments.

The former teacher training college building was a dominant structure when completed in 1917, but it is now surrounded by decaying 1960s and 1970s concrete buildings including the seven-storey Henry Wood building.

Now, more than 150 years after David Stow’s death in November 1864, Cala and architect Peter McLaughlin of 7N have outlined how they will demolish the surrounding buildings and reinstate the visual prominence of the building.

Mr McLaughlin said: “From the elegant neo-classical entrance lobby, reminiscent of New York residences from the same period, to the series of simple, large volume former teaching spaces, the building will convert well to high quality apartments that are imbued with the character of their former use.”