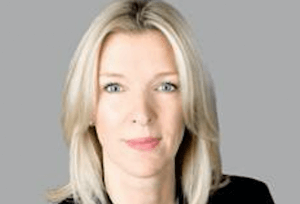 She who will be joining the DC Thomson owned business in January.

The company has been without a permanent CEO since Richard Higgs stood down in June this year. He opened a data centre in Aberdeen, bolstering the company’s position as one of Scotland’s cloud-based offerings.

Prior to her new role she was a managing director for Capita looking after its business simulation and transformation group, G2G3.

Before Capita she was director of business operations for Optus, a large Telco in Australia, and also held a number of senior positions within DELL across its UK and Asia Pacific and Japan functions.

Ellis Watson, chairman of brightsolid said: “Elaine will help us to build on the productivity, efficiency and dynamism of brightsolid.

“Our bright and solid team is on a mission to surpass expectations and it’s a genuine pleasure to have strengthened the team for the next exciting phase with the appointment of such an experienced leader.”