One in three will take time off work

Black Friday blues for shops that lose out 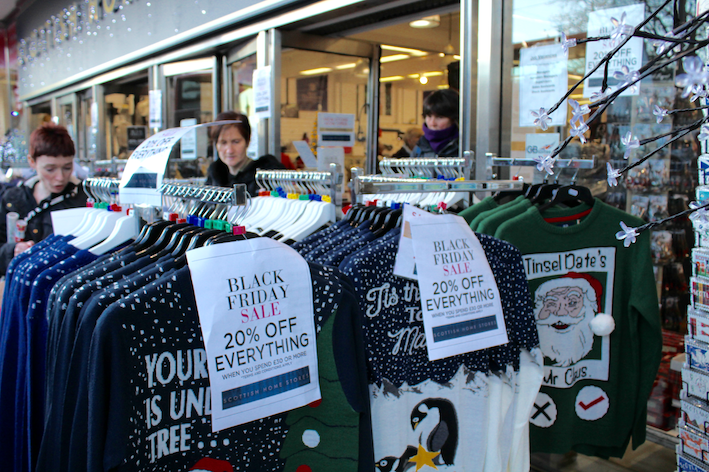 A third of Black Friday shoppers plan to take a day off work to join what has become an annual pre-Christmas frenzy although new research suggests retailers are not enjoying the benefits.

Pricing strategists Simon-Kucher & Partners found that some retailers will make a loss as they mis-judge promotions and the impact of big price cuts.

James Brown, head of UK Consumer Goods and Retail division, said: “Getting promotions right is hard enough during the rest of the year, but the big bang approach of Black Friday makes this especially difficult.

“We’ve reviewed thousands of promotions by hundreds of businesses, and we’re confident that many businesses will make dramatically less than they expect out of cutting prices on Black Friday.

“Some will even make a loss, although many won’t actually realise it as the sales numbers look good at first glance.  One business we examined recently had the unwelcome realisation that roughly half of all their promotions were loss making. In their haste to promote, they simply hadn’t noticed.”

Mr Brown added: “Black Friday is now a real retail experience and shoppers love getting out to find a bargain. But for some businesses they will slash prices so much that they accidentally turn the day into their most disastrous day of the year.

“The challenge for many retailers who’d rather sit it out, is that at a time when everyone else is promoting, they can’t be the one to abstain.

“The industry has also trained shoppers to wait for a bargain.”

Also, many shops and suppliers will be tempted to keep give-away prices after Black Friday and into December to boost sales in the Christmas period.

However, Alex Marsh, managing director at Close Brother retail finance, believes Black Friday could help retailers who are seeing a slowdown in sales.

“Last year we witnessed changes in consumer shopping behaviour over the Black Friday weekend with many people staying up until midnight to secure the bargains as soon as the sales started.

“We saw a significant increase in online activity between 12am – 1am compared to average transaction levels. A repeat of this behaviour this year would be welcomed by retailers, who will be hoping to offset the lull in spending in October.

“Despite Black Friday being famous for discounts, last year there was also an increase in average spend on full price items in the electrical goods sector.

“It is crucial for the British economy that retailers perform well this Black Friday, after a string of consumer spending statistics confirmed the recent slowdown in retail sector growth.“

Almost 24 million shoppers plan on hitting the sales this weekend, according to new research.

More than 3.6 million Brits risk getting themselves into debt, as 15% of Black Friday shoppers say they expect to spend money they don’t have in the sales.

However, it appears that many consumers have written the event off, with 40% agreeing that Black Friday is ‘overrated’, while just a quarter (25%) noted that they are excited about sale shopping over the weekend. This goes some way towards explaining why more than half (52%) of Brits do not plan on participating in the Black Friday sales this year, according to gadget insurer Protect Your Bubble.

A survey for retailer Debenhams found that more than a third (31%) of shoppers plan to book the day off work or have already got the day off in order to tackle the Black Friday sales.

The majority of shoppers in the region (19%) have given themselves a budget of £201-251 during the Black Friday sales. Men are more likely to have increased their funds (15%) while women have reduced theirs (13%).