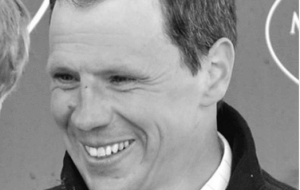 Scottish trainer Iain Jardine failed to pull off the win he was hoping for in the Melbourne Cup but will return home with a £100,000 purse for his Ebor victor Nakeeta’s connections.

Despite disappointment at not finishing in the first three the Carrutherstown trainer will feel the 10,000 mile trip was worth it.

The gelded son of Sixties Icon has won 44 of his flat races, 10 more than Jardine managed in 11 seasons as a jump jockey on the northern and Scottish circuit.

Scottish racing has had a big year. As well as Nakeeta’s Ebor win, One For Arthur, trained in Tayside by Lucinda Russell, won the Grand National.

No horse trained in Britain has ever won the Melbourne Cup but Joseph O’Brien claimed the biggest win of his training career with Rekindling.

The three-year-old, who finished fourth in the St Leger at Doncaster, outpointed Johannes Vermeer, who is trained by his father Aidan.