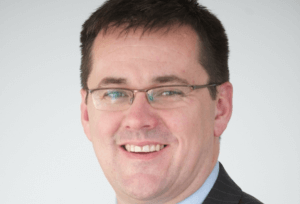 Accountancy and business advisory firm BDO reported a fifth consecutive year of growth, with profits up 11% to £87.6 million on a 5.7% rise in underlying revenue to £428m.

BDO appointed 25 partners from other firms over the year and promoted an additional 15 in July. These included three in Scotland.

The firm also promoted 1,175 staff – a third of its total UK headcount – and has recruited 280 trainees into the business.

Commenting on the results, Martin Gill (pictured), lead partner for BDO in Scotland, said: “The last year has been one of great success against a backdrop of change for the UK economy.

Growth across the business

Audit is still the largest part of BDO’s business and the audit practice increased revenues to £150.7m, representing growth of 5.4%. BDO also retained its title as number one auditor for AIM companies and has recently added another FTSE 250 company to its list of audit clients.

BDO’s tax business has continued to grow, with the team reporting a 7.4% increase in revenues to £135.2m in the last financial year. The firm said its mid-market and large corporate client base continues to pursue growth while focusing on compliance and complex regulatory requirements. BDO has also had some significant tax wins in the Public Interest Entities (PIEs) market since audit reform took hold in June 2016.

BDO’s advisory revenues grew 4.5% to £141.9m. The firm said Brexit jitters had not impacted client M&A activity, with its corporate finance team reporting a high level of deal activity with a combined value of almost £6bn.