Change at top of titles

The editors of The Herald and Evening Times newspapers are stepping down as part of the latest cutbacks announced by owner Newsquest.

Graeme Smith, who became The Herald’s 27th editor a year ago, and Graham Shields, Evening Times editor since April 2016, will leave on 22 December.

Smith and Shields follow the departure in 2015 of Richard Walker from the Sunday Herald and Tony Carlin from the Evening Times.

Editor-in-chief Donald Martin said both editors had been “excellent ambassadors for their respective titles, and they leave behind a solid platform for a new executive team to build on”.

He added: “As part of the changes we will be creating a new combined role of Editor of our digital brand HeraldScotland.com and Deputy Editor of The Herald. In addition, we will be recruiting a Deputy Editor to take day to day operational responsibility for the Evening Times.

“We have a superb team and I look forward to working closely with them as we rise to the challenges of delivering compelling, unique content for our audiences.” 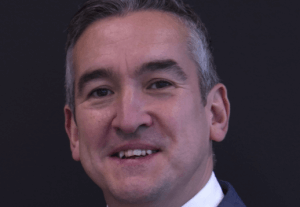 Former newspaper editor Damian Bates has been appointed director of communications to an oil and gas company.

Mr Bates, who was editor of The Press & Journal and sister title, The Evening Express, for more than a decade, will take up the post with Well-Safe Solutions via his newly-formed consultancy Abraitis and Co.  He was also Editor-in-Chief of Aberdeen Journals for almost five years.

He will provide guidance and support to the senior management team on government policy and political relations.

His appointment is the latest in a string of high profile announcements for Well-Safe Solutions as its builds share in the embryonic decommissioning sector.

Mark Patterson, founder of Well-Safe Solutions and executive director: “Damian brings a wealth of experience and knowledge of the political sphere in Scotland, the UK and beyond and will help us navigate our way through what can be a very challenging environment.

“We’re very excited that Damian’s first client, just a few weeks since stepping down from one of the UK’s most prestigious media roles, is Well-Safe.

“Our ambition however stretches beyond the North Sea to deliver a truly global offering. Already, we are getting significant interest and endorsement from some of the biggest players in the UKCS and beyond.”

Mr Bates worked for a variety of newspapers in his 28-year career in the media and is also a published author. He was previously chairman of the Editors’ Committee of the Scottish Newspaper Society and spent five years sitting on the Editors’ Code Committee, which sets the rules for the industry’s own regulatory system.

Mr Bates said of his appointment at Well-Safe: “I’ve been really impressed by Well-Safe and have been speaking to Mark for several months about working alongside his team.”

The new bulletin will include national and international news and be broadcast between 9pm and 10pm on the new channel.

Ms Valentine was more recently director of current affairs at Mentorn Scotland, the company which makes Question Time for the BBC.

She said: “To be given the opportunity to launch a brand new programme at the heart of the proposed new BBC Scotland Channel is a real privilege and a rare treat.

“I am looking forward to creating a really distinctive programme with a broad Scottish, UK-wide and international news agenda which has the priorities of a Scottish audience at the centre of everything we do.”

Melissa Clark, an account manager at Leith-based Indigo PR, is joining Citypress in the west end.