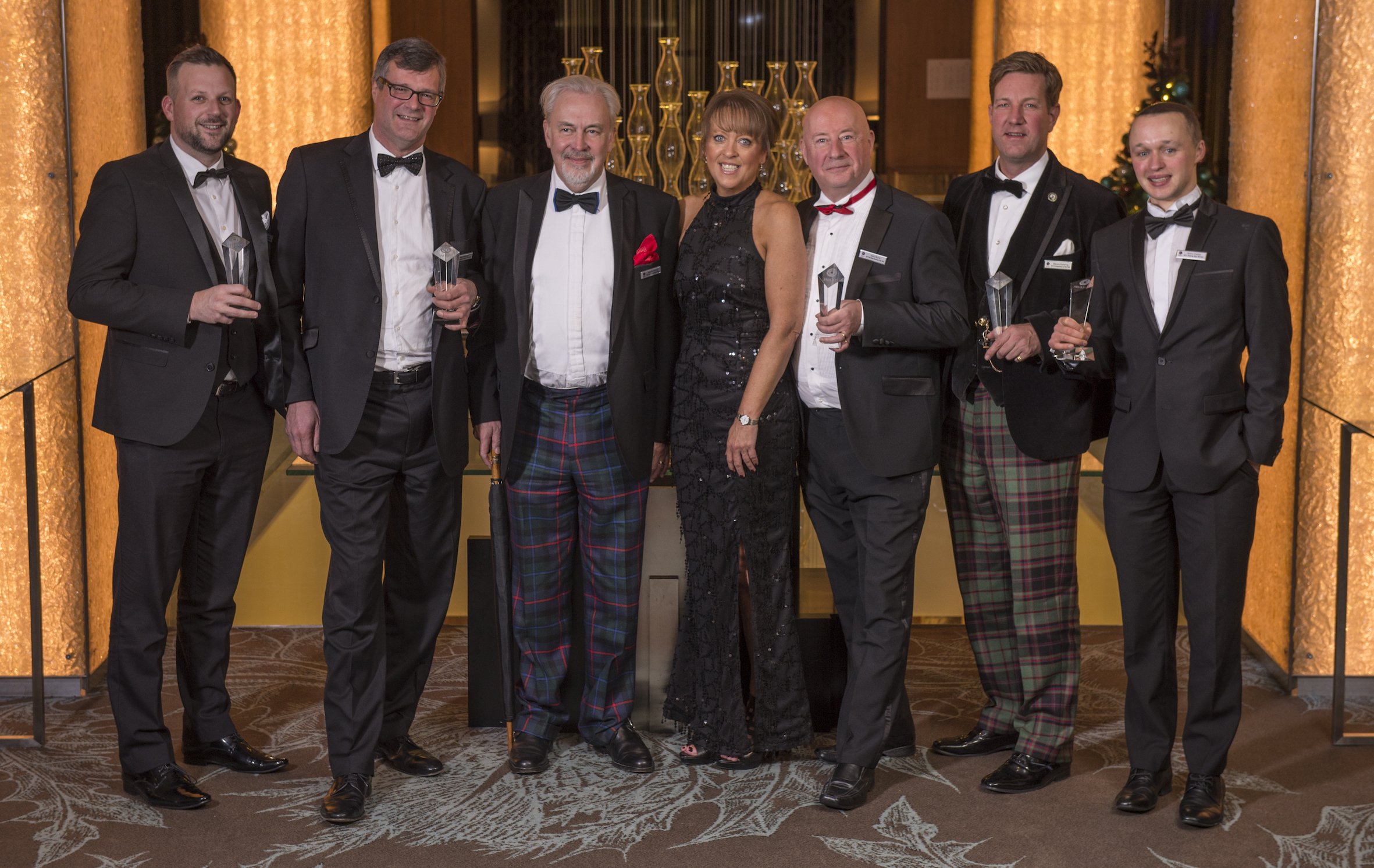 Six top entrepreneurs from across Scotland have scooped top accolades at a prestigious industry awards ceremony held in Edinburgh.

Marcus Pickering, co-founder of Summerhall Distillery and Pickering’s Gin, was crowned Entrepreneur of the Year at WeDO Scotland’s eighth annual awards ceremony which celebrates the cream of the crop in the Scottish entrepreneurial community.

Young Entrepreneur of the Year – Eddie Robb of Edinburgh based Make It Social.

New Start Business of the Year – Gary Burns of Glasgow based CarGoSeat.

Commenting on the Awards, Stuart Hunter of Advance Global Recruitment and chair of the Judging Panel commented:  “The calibre of entrants was extremely high again this year, highlighting the fantastic talent, innovation and variety of businesses across Scotland.

“The judging process was challenging, however, after scrutinising entrants on achievements to date, growth plans, financial information and commercial expertise, we are delighted with the end results and congratulate all of the winners.”

WeDO Scotland also announced the launch of their expansion into Glasgow.  The Executive Team of Ambassadors representing WeDO in the West includes Glasgow based Gordon White of fatBuzz, Nick Cohen of we are pcr and bizanywhere and Danny McIntyre of Primestaff.

Commenting on the West coast launch, Gordon White, chair of the Glasgow Executive team said:  “I’m delighted that WeDO Scotland is coming to Glasgow in 2018 and it’s an honour to be part of the new Glasgow Executive Team.

“I have been a member of WeDO since its inception in 2008, so I have first-hand experience of the privileges and benefits of membership; the willingness of the members to share their knowledge and experience makes it fantastic organisation for business owners.

“The expansion to Glasgow is a very welcome first step in widening opportunities for business owners throughout Scotland.  I’m looking forward to working with Belinda and the Glasgow Executive Team to build the membership and create a first-class programme of events in Glasgow.”

Belinda Roberts, founder of WeDO Scotland commented:  “We’re delighted to be launching in Glasgow and to have such a high calibre Executive Team working with us.  Glasgow has an abundance of successful entrepreneurs and we’re excited to take our unique concept to the West.

“Our App will enable members to easily connect with one another;  benefit from peer to peer learning and support, as well as being able to attend our events in both cities regardless of where in Scotland they are based.”