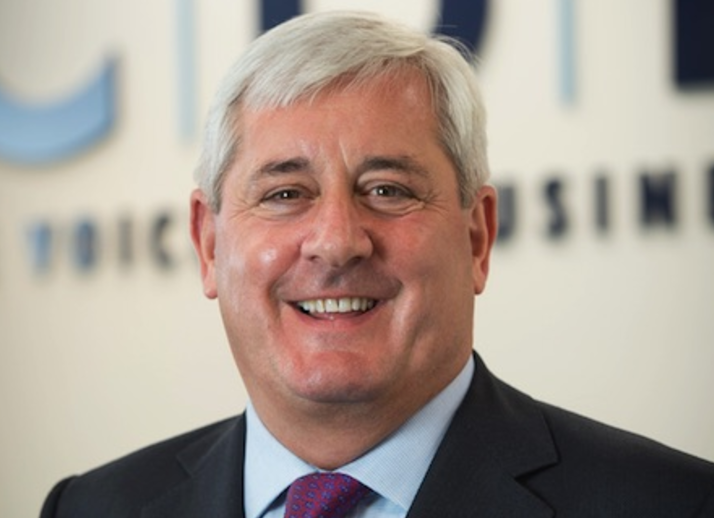 Prime Minister Theresa May will tell business leaders today that the government is committed to securing a transitional deal once Britain leaves the European Union.

She will seek to assure business that talks are progressing when she addresses delegates to the CBI conference.

“I know how important it is for business and industry not to face a cliff-edge and to have the time it needs to plan and prepare for the new arrangements,” May will say.

“A strictly time-limited implementation period will be crucial to our future success.”

Mrs May caused alarm two weeks ago when she said that any transition deal would only be part of a wider trade agreement, potentially denying companies time they need to prepare to leave the EU.

Today she will say that she is confident that Britain and the EU will soon be able to start discussing the outlines of any transitional deal.

Her comments will be seen as a response to CBI president Paul Drechsler who will warn that without a transitional deal on Brexit 60% of British businesses will begin relocating staff or freezing recruitment by next March.

He will say that “the clock is ticking”and urge UK government ministers ‘to get a move on’.

“Brexit is only 508 days away. But for many businesses, their alarm clocks are set even earlier than that. They’re set to the moment they will actually enact their contingency plans,” he will say.

“For 10% of business the alarm has already rung, and they’ve begun moving staff or slowing recruitment.

“Without a transitional deal, when EU leaders gather in Brussels for the March summit, a total of 60% of businesses will have done the same. The clock is ticking.

“So government and the EU need to get a move on. Making progress, remaining flexible and, first of all, sorting out transitional arrangements.

“These arrangements won’t solve everything, but 75% of the country’s largest firms say it would halt their preparations for no deal.”

Mr Drechsler will unveil the figures in new research showing the extent to which firms are actively preparing for Brexit.

Smaller businesses are less prepared, whilst larger firms face greater challenges, but both are being affected by uncertainty, it says.

“We need a single, clear strategy. A plan for what we want, and what kind of relationship we seek with the EU,” Mr Drechsler will tell delegates.

Describing the current approach to a soap opera, with a different episode each week, he will say the Prime Minister’s Florence speech represented real progress, putting the needs of the economy first, setting a co-operative tone and unlocking progress.

“We need to learn from that and recognise that this is the moment to unite behind the principles of the Florence speech.

“But time is of the essence. We must leave behind the episodic approach and take this opportunity to move forward as one – business and politicians, here and abroad. Everyone in this room.”

The CBI survey says 87% of companies have discussed Brexit at board level.

Mr Drechsler says: “If anything, that’s too low. So the other 13% need to roll up their sleeves and get a move on.

“But for SMEs, powerhouses of the UK economy, things are taking longer. They tell us they’re struggling. Struggling to plan, to predict, to calculate.

“To those companies, I say this: We will support you. But to Whitehall and Brussels, the Bundestag and the Assemblée Nationale, I say this: Now, more than ever, business is looking for political leaders across Europe to step up.”

Carolyn Fairbairn, CBI Director-General, said: “Sexual harassment in all forms is totally unacceptable in today’s Britain. The harm done to people’s lives, self-esteem and dignity is profound. We must work together to stamp it out.

“Westminster and Hollywood are currently in the spotlight, but there can be no doubt that it exists elsewhere, including in some businesses.

“Businesses take the wellbeing and welfare of their employees very seriously. But sexual harassment is often hidden and can come in many guises. Only committed leadership will ensure the workplace is free from sexual harassment and that, when it does happen, there are robust processes to deal with it.

“We are therefore today calling on the UK’s business leaders to step up to stamp out sexual harassment in the workplace. They should:

“Establishing a supportive culture and effective process across all business is a priority for the CBI and our members. The CBI will bring together large and small firms to support change, building on and sharing existing practice to prevent harassment across all workplaces. This must be a turning point across society.”

The MSP for Aberdeen Donside apologised “unreservedly to anyone I have upset or who might have found my behaviour inappropriate.”