World Cup dream over for another four years 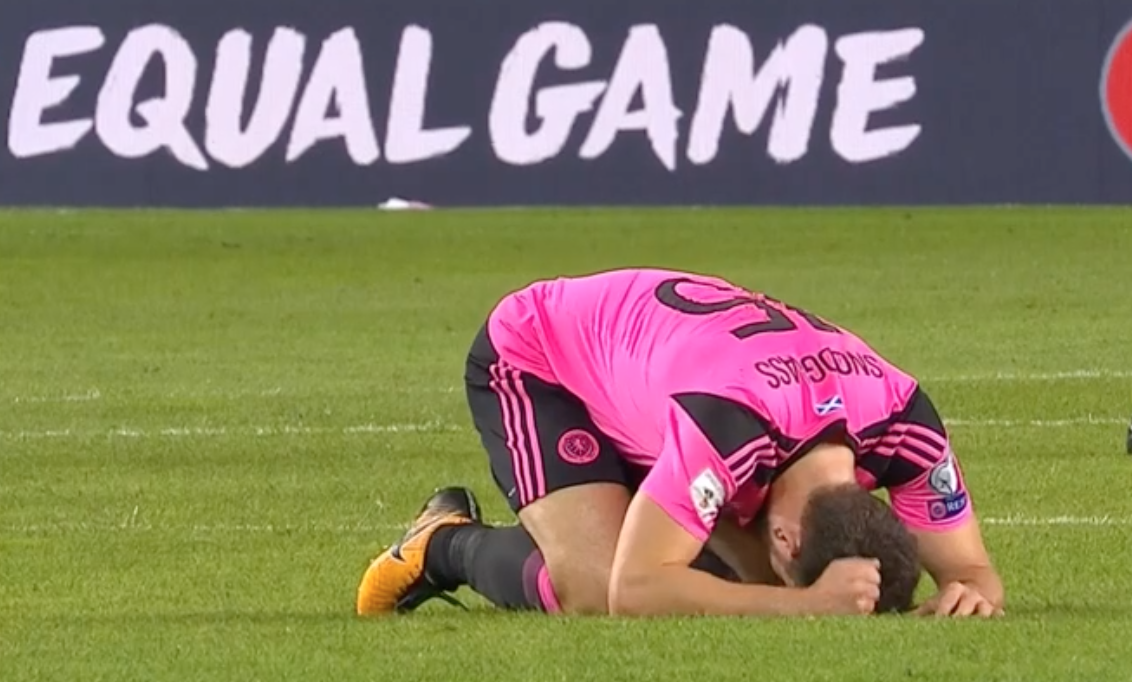 Robert Snodgrass punches the pitch in frustration at the final whistle

Scotland’s World Cup hopes had flickered into life recently but the lights finally went out on their bid to qualify for Russia 2018 after Gordon Strachan’s side could only draw against Slovenia in Ljubljana.

A victory would have secured second place in Group F and with it a play-off spot to make the finals next summer.

However, the Scots were far from their best in the Stozice Stadium as they fought out a disappointing 2-2 draw, missing out on the play-offs on goal difference after runners-up Slovakia’s victory over Malta.

Leigh Griffiths had the visitors off to a dream start when he netted after 32 minutes but Slovenia were a different proposition after the break and dominated proceedings against an opponent short of attacking ideas.

Marko Bezjak pulled the hosts level with a neatly-placed header into Craig Gordon’s left-hand corner in the 52nd minute and slotted his side in front 20 minutes later with a cool side-foot effort from close range.

Substitute Robert Snodgrass equalised with two minutes left on the clock to give the Scots hope of another dramatic triumph after victory over Slovakia at Hampden Park on Thursday night but it was too little too late against a team which finished with 10 men after the late sending off of Bostjan Cesar.

It wasn’t the failure to beat the Slovenians in the last group match which cost Scotland a place in the play-offs, rather the inauspicious start to the campaign.

Had the team managed to defeat Lithuania at home 12 months ago, then things could have been so different. Four points from their opening four games, including a win over group minnows Malta, meant qualification was always going to be tough for Strachan.

So it proved, though the former Celtic boss deserves credit for turning fortunes around and taking 14 points from their last six matches.

“We were against a physically stronger side, and a side that’s never let a goal in here,” he said. “The physical side, we knew set plays would be a problem – and they scored from two set plays. We can’t change genetics.

“We just can’t play the biggest people in Scotland. Technically, we’re fine but our guys have got to work harder on the ball than say bigger lads at 6ft. 2in. or 6ft. 3in.

“It’s an honour to be their coach because I’ve been fortunate to be successful with other teams and get to places.

“We’ve just been beaten on goal difference by Slovakia, who are excellent. And you saw Slovenia tonight, they’re no mugs. They’re a right good side.”

“This group of players is as good as any I’ve worked with.”

What the future holds for Strachan when the dust has settled on this roller-coaster campaign remains to be seen and will depend very much on whether he has the appetite to embark on another campaign for the European Championships.

Griffiths declared his support for his manager to continue, saying: “I don’t think there’s any man better for the job.

“You’ve seen in the last few performances, we are a team pulling in the right direction. We’re still unbeaten in 2017. I’d be delighted if he stays on.” 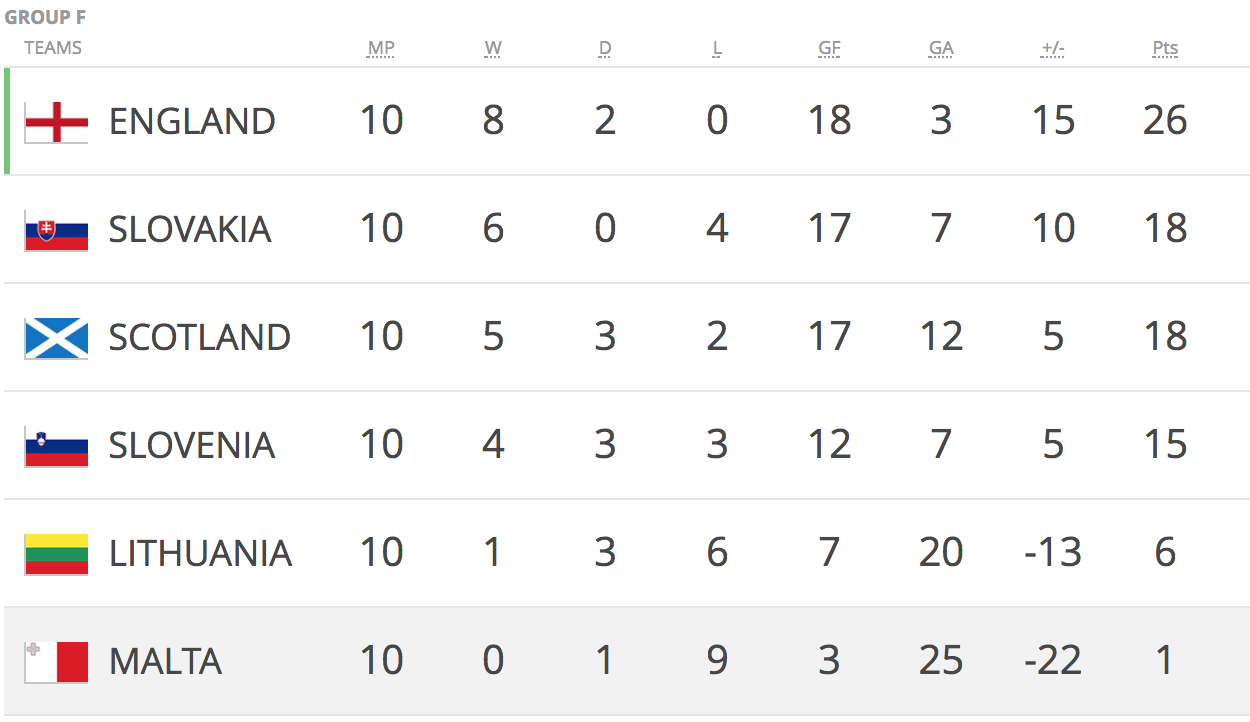