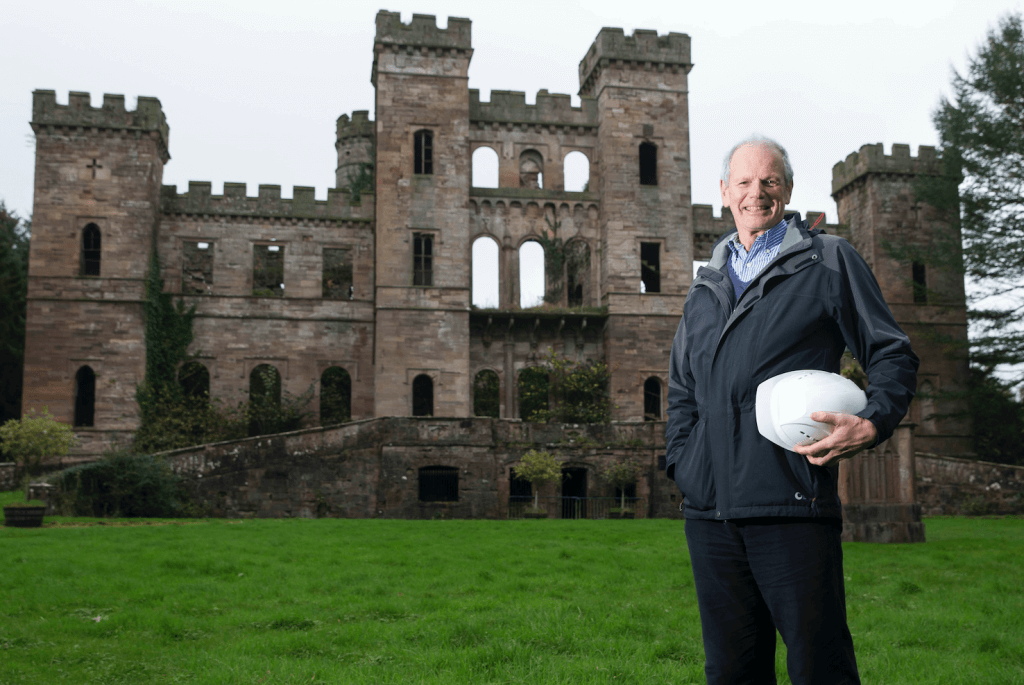 The developer behind Belfast’s Titanic Quarter is in advanced talks to take a key role in plans for £450 million leisure and residential development in Ayrshire.

Harcourt Developments is poised to become part of a consortium aiming to revive the tourism potential of the Loudoun Castle estate, former home to a popular theme park.

The Loudoun Woods consortium aims to transform the 576-acre estate with restoration of the A-listed Loudoun Castle ruin and transformation into a luxury hotel.

There are also plans for holiday lodges, camping and a range of indoor sports facilities, including a tropical swimming lagoon.

A new community of 1,000 energy-efficient homes will be a key component of the development to help provide the funding required.

The planning application for the Loudoun Woods Resort has been called in for determination by Scottish Ministers because of the potential national economic benefit.   The inquiry will begin in Kilmarnock on 23 October.

The Loudoun Woods consortium is headed by international leisure and investment expert David Mace, who founded the Sea Life concept in the UK and has served as a director on the boards of several leading leisure companies.

He said: “Loudoun Castle will be an all-weather, world-class holiday destination, which will attract visitors from all over the UK, create major economic benefits for Ayrshire and become a core part of Scotland’s tourism offering.

“The fact that Harcourt is considering becoming part of the Loudoun Woods consortium and making a significant investment in Scotland, speaks volumes for the quality and international scope of what we are planning.

“We are looking forward to the planning inquiry and, given a positive decision by Scottish Ministers, we are aiming to begin works in the summer of 2018 on a project that will transform the economy of this part of Scotland.”

The Titanic Quarter is one of the world’s largest waterfront urban regeneration projects, built on the site of the former Harland and Wolff Shipyard in Belfast where the liner Titanic was built.

Harcourt Stanley Dock development in Liverpool has also been singled out by English Heritage and won a number of awards for its restoration of warehouse in the UNESCO World Heritage site to become the successful Titanic Hotel Liverpool.

Paul Manning of Harcourt said: “We are engaged in very positive discussions and hope to be able to conclude an agreement to join the Loudoun Woods consortium.

“The site’s historic setting, great transport links and proximity to some of the world’s most famous golf courses, gives it massive potential to become one of the UK’s most successful tourism destinations.”

If Scottish Ministers grant permission for the development in principle, it is hoped that stabilisation work on the castle could begin as early as summer of 2018.

Mr Mace added: “Our vision is that Loudoun Woods becomes Scotland’s premier short-stay inclusive resort with the lodges and tree houses built sensitively amidst the forest landscape of the estate and around the indoor tropical water park.

“It will be a traffic-free environment with cycle and walking paths linking the accommodation to the water park, hotel and other leisure amenities.  The Loudoun Castle hotel will be the centrepiece of the development, allowing us to restore this historic castle to be enjoyed by future generations.”