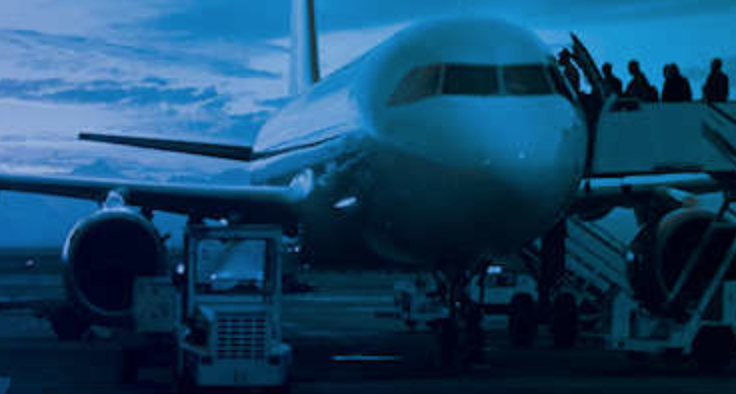 The airline’s CEO said it had become a victim of terrorism which wiped out its main markets.

The government has asked the Civil Aviation Authority to charter more than 30 aircraft to ensure those customers left overseas can return to the UK.

Monarch is the UK’s fifth biggest airline with 2,750 staff and the country’s largest to fall into administration. It had been in talks with the CAA over the weekend in an attempt to renew its licence to sell package holidays.

But it was unable to reach agreement by the midnight deadline and Blair Nimmo of administrators KPMG was called in. Mr Nimmo said the outstanding Monarch bookings involve about 750,000 people.

Andrew Swaffield, Monarch’s chief executive, blamed the collapse on the effects of terrorism.

“The root cause is the closure, due to terrorism, of Sharm-El- Sheikh and Tunisia and the decimation of Turkey,” he said in a letter to staff.

“Since 2015 we’ve seen yields collapse by a quarter, resulting in £160m less revenue. This has especially affected Spain and Portugal which is 80 per cent of our business.”

CAA chief executive Andrew Haines said: “We know that Monarch’s decision to stop trading will be very distressing for all of its customers and employees. This is the biggest UK airline ever to cease trading, so the government has asked the CAA to support Monarch customers currently abroad to get back to the UK at the end of their holiday at no extra cost to them.

“We are putting together, at very short notice and for a period of two weeks, what is effectively one of the UK’s largest airlines to manage this task. The scale and challenge of this operation means that some disruption is inevitable. We ask customers to bear with us as we work around the clock to bring everyone home.”

Customers affected by the company’s collapse have been urged to check a dedicated website monarch.caa.co.uk for advice and information on flights back to the UK.

In a statement on its website it said: “We are sorry to inform you that, as of 2 October 2017, all future holidays and flights provided by these companies have been cancelled and are no longer operating.

“This is an unprecedented situation and because there are up to 110,000 passengers abroad, the UK Government has asked the CAA to coordinate flights back to the UK for all Monarch customers currently overseas. These new flights will be at no extra cost to you.”

Monarch’s owner, Greybull Capital, had been trying to sell part or all of its short-haul operation so it could focus on more profitable long-haul routes.

The airline reported a loss of £291m for the year to October 2016, compared with a profit of £27m for the previous 12 months, after revenues slumped.

Airline analyst Alex Macheras said: “Talks have been going on for a very long time between Monarch Airlines and rival airlines in a bid to come to a deal and that’s been paralleled to Monarch speaking to the CAA to try and secure its Atol licence for its holiday divison.”

Those deal talks deteriorated three days ago, and the main bidders, Norwegian and Wizz decided to pull out.

Transport Secretary Chris Grayling said: “This is a hugely distressing situation for British holidaymakers abroad – and my first priority is to help them get back to the UK.”