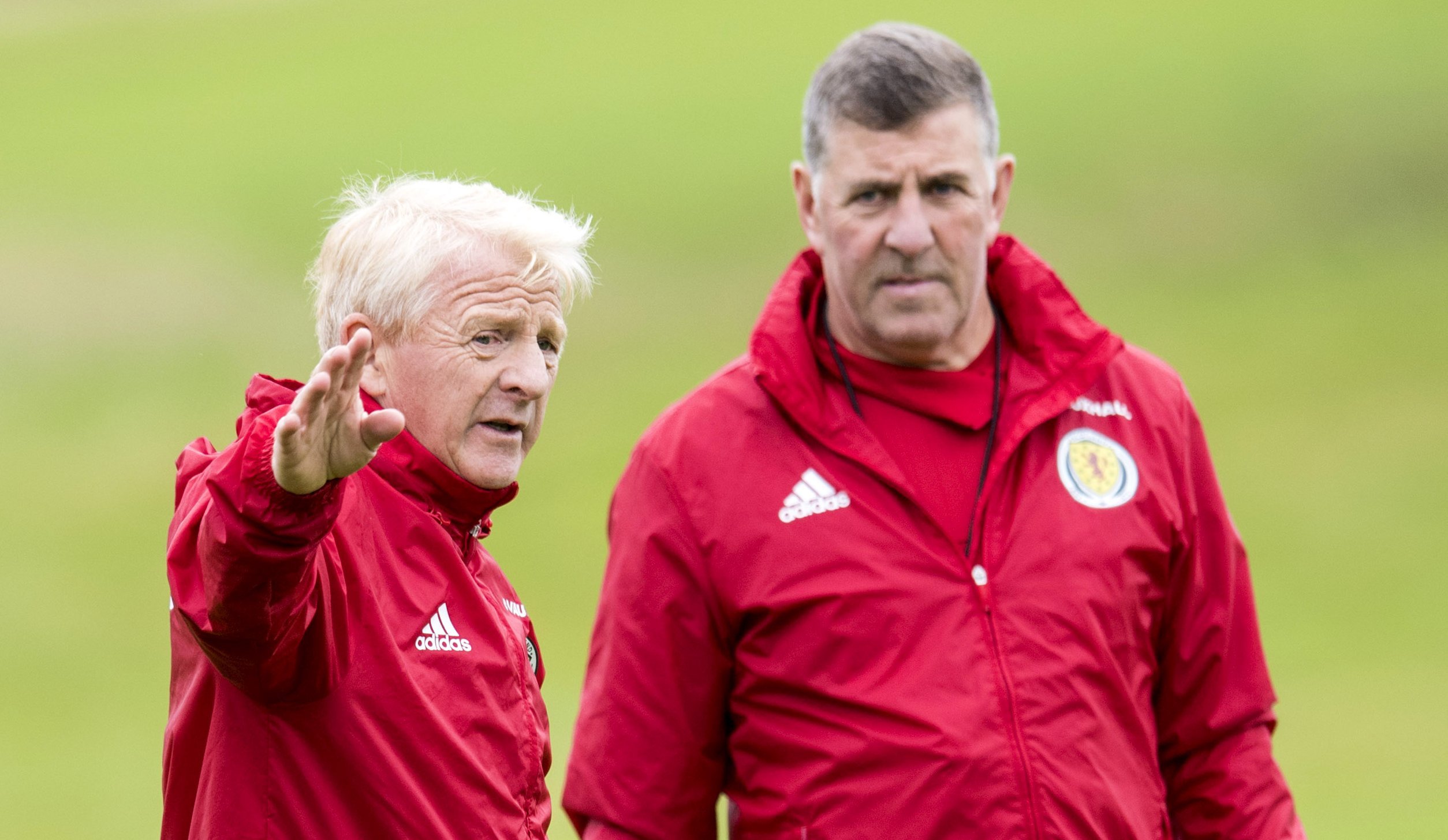 The search is under way for a new Scotland manager after Gordon Strachan left his role today after nearly five years in charge.

His exit, along with that of No. 2 Mark McGhee, comes after the failure to make the play-offs for the World Cup finals in Russia next summer.

The decision by ‘mutual consent’ was announced after a Scottish FA board meeting at Hampden Park and Strachan said: “I said on my first day as Scotland manager that it was the proudest moment of my career and that I wanted to put a smile back on the nation’s face again.

“I share the profound disappointment at missing out on the play-offs, especially having worked so hard to fight our way back into contention.

“The players should receive immense credit for that resilience in coming back from a difficult start and I would like to thank each and every player who has come in to represent their country.

“Together we have shared some really magical moments and those memories will live with me for ever.

“Of course, what made those moments special was the unwavering support of our fans. Through highs and lows you have stayed with the team and my biggest regret is not being able to provide the finals tournament you deserve.

“I would like to thank the board, the backroom staff and everyone at the Scottish FA for the help and support they have given me as national coach. It has been a real privilege.”

His departure was met with a mix of disappointment and relief. Some thought his record of 14 points from the last 18 meant the team was gathering momentum while others felt his tactics and team selections, particularly earlier in the World Cup campaign had cost vital points.

Captain Scott Brown described it as a “sad day” and there were questions about whether he would retire a second time.

The big question now is who will replace the 60-year-old, who has left with immediate effect.

He is already on the SFA payroll in his post as performance director, although the ex-Celt will always be linked with an alleged text scandal involving racist and sexist messages sent during his time in charge of the Bluebirds.

Former Manchester United and Everton boss David Moyes is another who could attract interest among the Hampden hierarchy.

He was highly regarded after a successful time in charge of Everton before his move to Old Trafford. His spell at the Theatre of Dreams turned into a nightmare, however, and he has since had unsuccessful stints at Real Sociedad and Sunderland.

Alex McLeish, the former Aberdeen defender and Rangers boss, is also in the frame.

Paul Lambert is another possible contender who is also out of a job at the moment after leaving Wolverhampton Wanderers last season, the lack of compensation for all three of the above an important aspect of the process.

Aberdeen manager Derek McInnes could also be on the radar with the job he has done at Pittodrie, while it will be interesting to see if the SFA are ambitious enough to consider having a conversation with Celtic boss Brendan Rodgers about the vacancy. The Northern Irishman has impressed everyone with the way in which he has revitalised the Parkhead side.