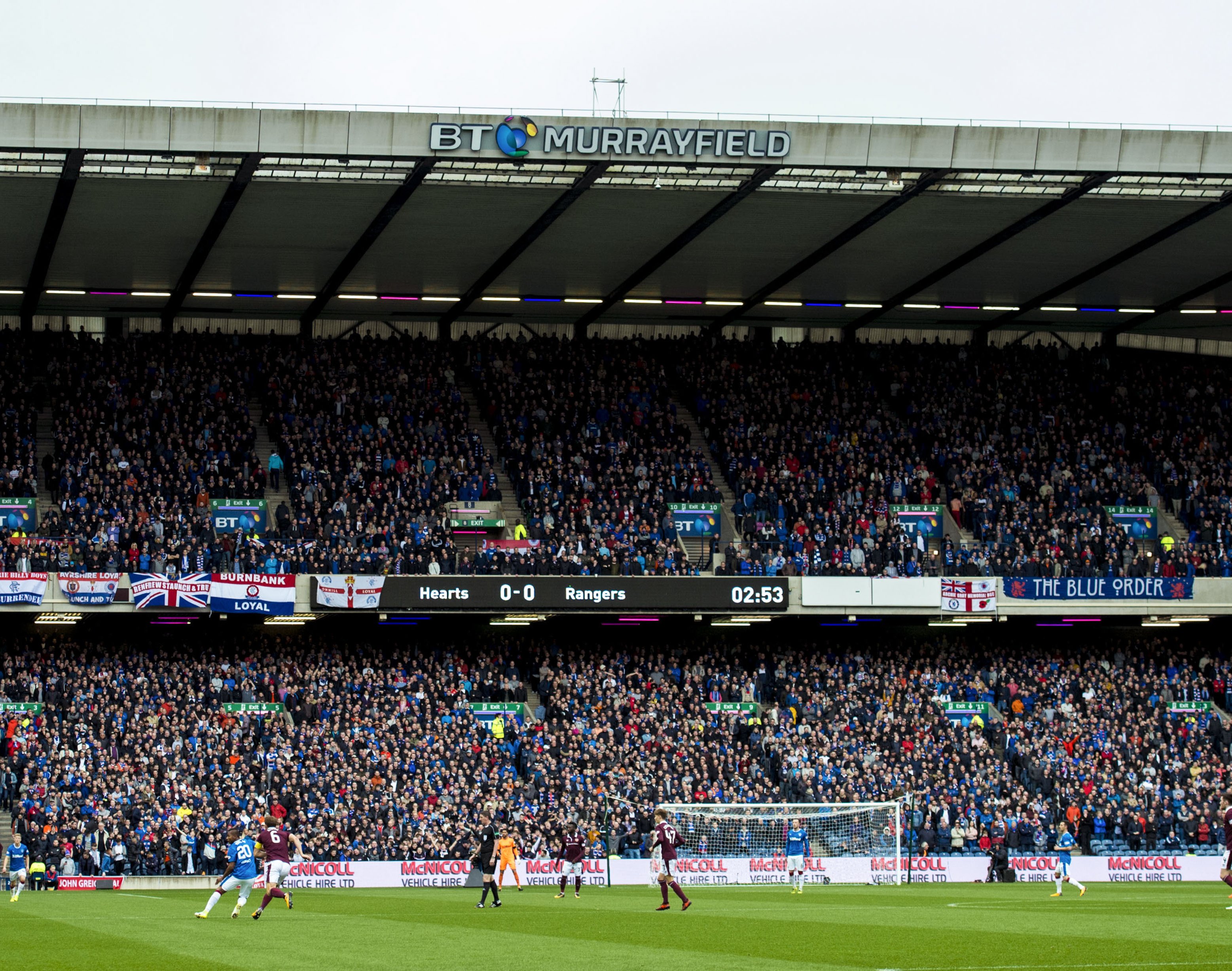 The Scottish Rugby Union is waiting to hear back from the Scottish FA if BT Murrayfield will be the stadium of choice to replace Hampden Park (pic: SNS Group)

The Scottish Rugby Union should hear by the end of the year if BT Murrayfield is to replace Hampden Park as a venue for major football events.

The Scottish FA’s lease at Hampden expires in 2020 and the governing body is exploring several options including the Edinburgh stadium to host its headline games.

SRU officials have made the case to the SFA and shouldn’t have to wait too long to discover if they have been successful with a decision expected in December.

SRU chief operating officer Dominic McKay delivered a presentation to the media ahead of Hearts’ Premiership clash with Rangers at Murrayfield and said: “We have responded to the invitation from our friends at the SFA to offer BT Murrayfield for internationals and cup finals and semi-finals if their conversations with Queen’s Park go a certain way.

“We are mindful that fans pay a lot of money to sometimes see their team lose so we feel it is important to put on a good experience beyond the game itself.

“We feel we have a pretty special stadium with a great space around the stadium, too.

“We believe this is quite a big commercial opportunity for the SFA to drive more money into football.”

Murrayfield can hold over 67,000 supporters – 15,000 more than Hampden – and a tram station recently improved transport links.

The ground is hosting the Jambos’ home games while Tynecastle’s main stand is rebuilt and has previously hosted European games for the Gorgie outfit as well as Celtic’s Champions League qualifiers when Parkhead was being used for the Commonwealth Games.

Celtic Park and Ibrox are other options open to the SFA, who may also consider moving matches around the country to grounds such as Pittodrie, Easter Road and the newly-expanded Tynecastle.

Queen’s Park continue to own Hampden Park and their president Alan Hutchison recently warned that Scotland’s oldest football club would have to re-examine their own position if the SFA was to move out.

“I gather the SFA board will state its position by the end of the year. There are so many options available to them. I hope they will stay. If they don’t stay it will not be good news for Queen’s Park,” he said.

“Since this version of Hampden was opened in 1903, Queen’s Park has relied on the income for its business model, whether run by ourselves or for the last 17 years by the SFA on the leasing agreement.

“If Queen’s Park did not have the income Hampden brings then Queen’s Park would not be able to operate our youth programmes and community programmes in the manner we currently do.

“Our model would have to change and then it would come down to what happens to this stadium. I don’t know the answer. I think the football club would have to examine its finances very carefully.”