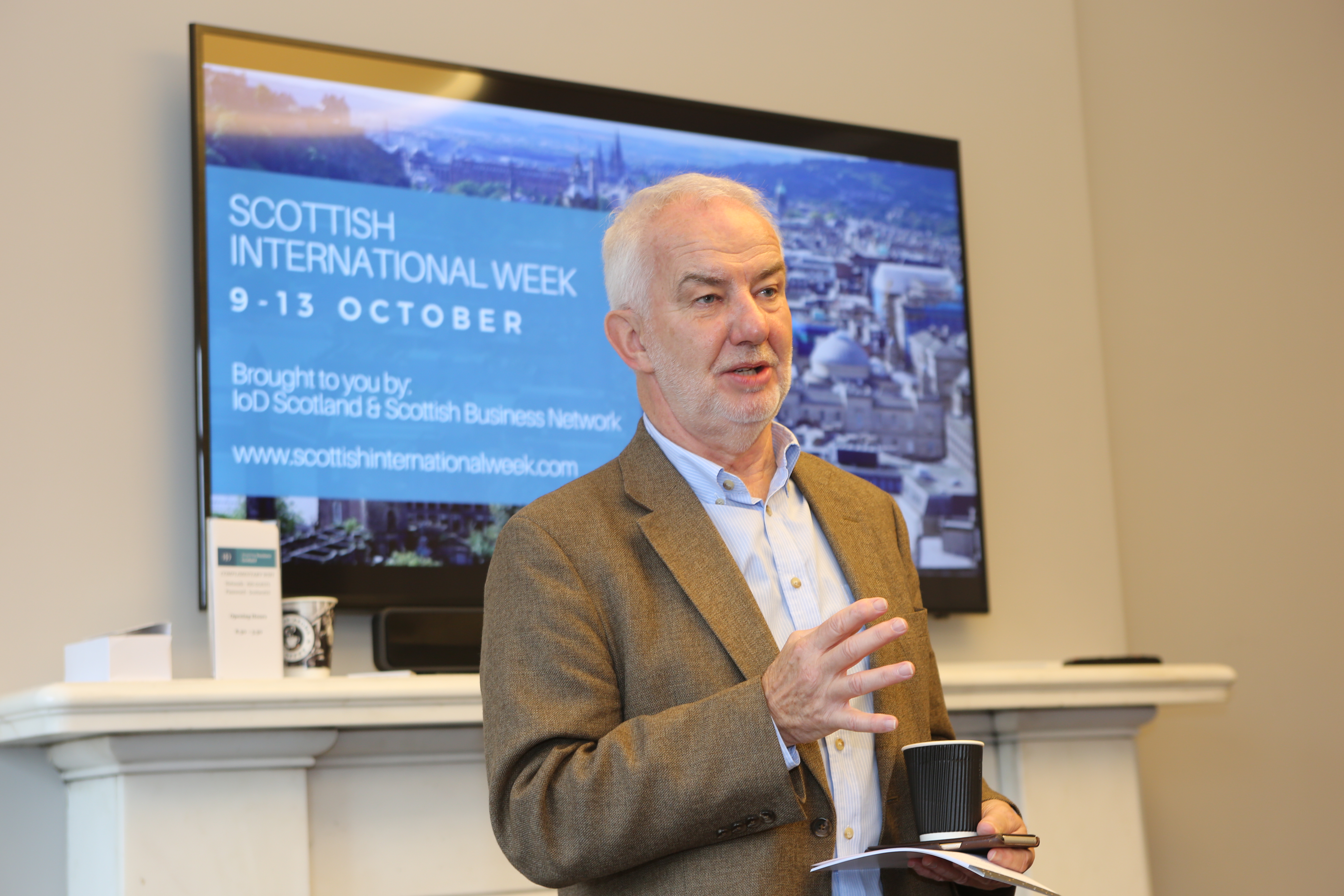 David Watt: the numbers are appalling (photo by Terry Murden)

A week of presentations aimed at stimulating international business opened in Edinburgh with a damning verdict on Scotland’s record in overseas trade.

David Watt, director of the Institute of Directors Scotland, told the opening session of Scottish International Week that the country’s export record was “very poor”.

He said: “The numbers are appalling. About 10% of companies export, according to official figures and it is probably less than that.

“We really need to get businesses to change their mindset.”

H said companies should think global “from day one”. 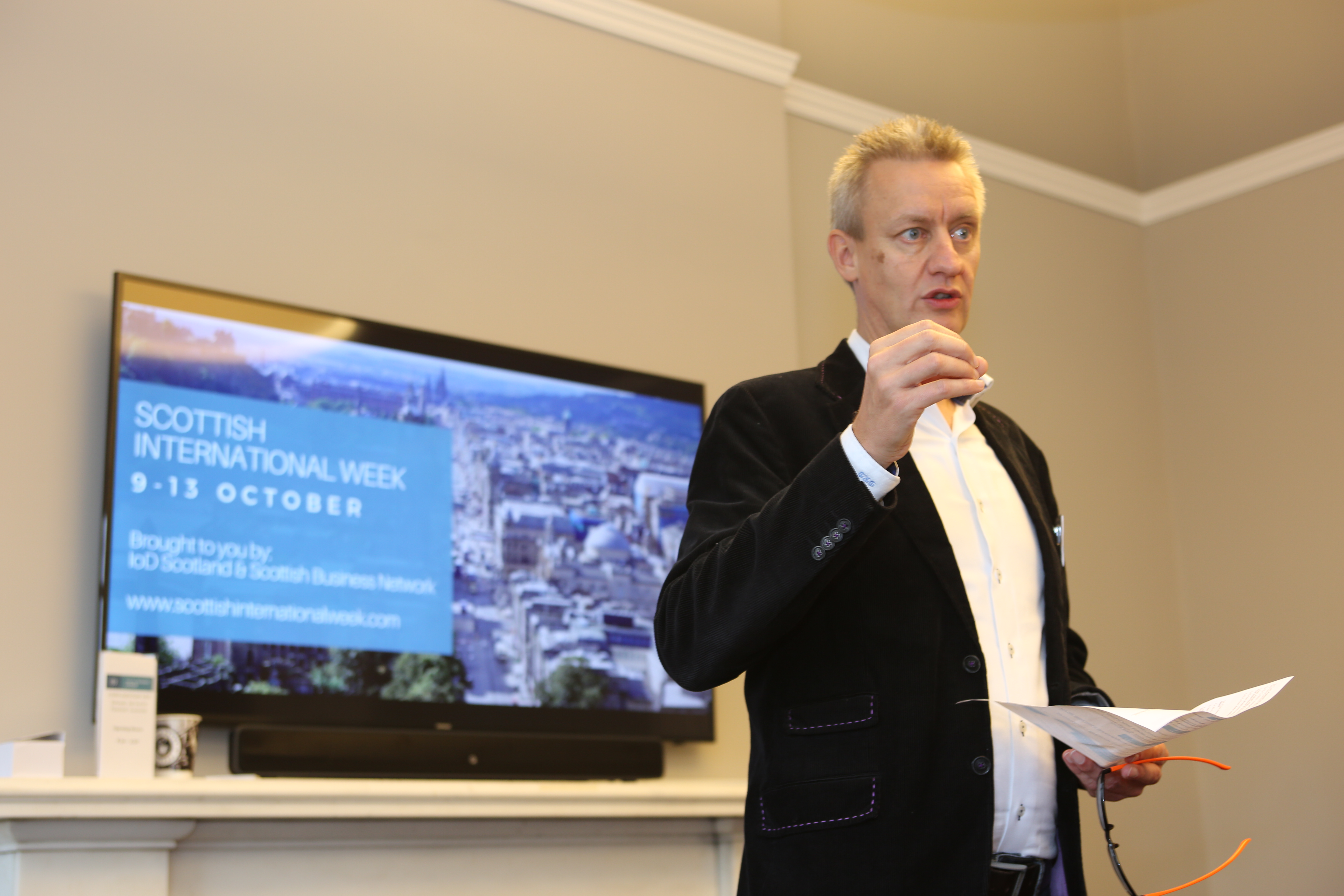 Russell Dalgleish, co-founder of the Scottish Business Network, which has organised the week of talks, said SBN could help make introductions through its growing global contacts.

He said there were many Scots and willing trading partners in powerful positions around the world who would be delighted to hear from Scottish businesses.

Few in Edinburgh were aware of the city’s trading links with Shenzhen, the city in China which has grown from a small port to a thriving metropolis of 15 million people in 35 years.

“The walls of the incubator in Shenzhen are covered with pictures of Edinburgh Castle. The link is one they value,” he said. Speakers from the Edinburgh-Shenzhen Creative Exchange will address delegates later this week.

Other speakers include Donald McLaughlin, chairman of Digital Technology Skills Group, Roddy Gow, chairman of the Asia Scotland Institute, and Susan Wilson, US Consulate General who will speak about doing business in the US.

The event is being held at the offices of the IOD Scotland in Charlotte Square, Edinburgh.