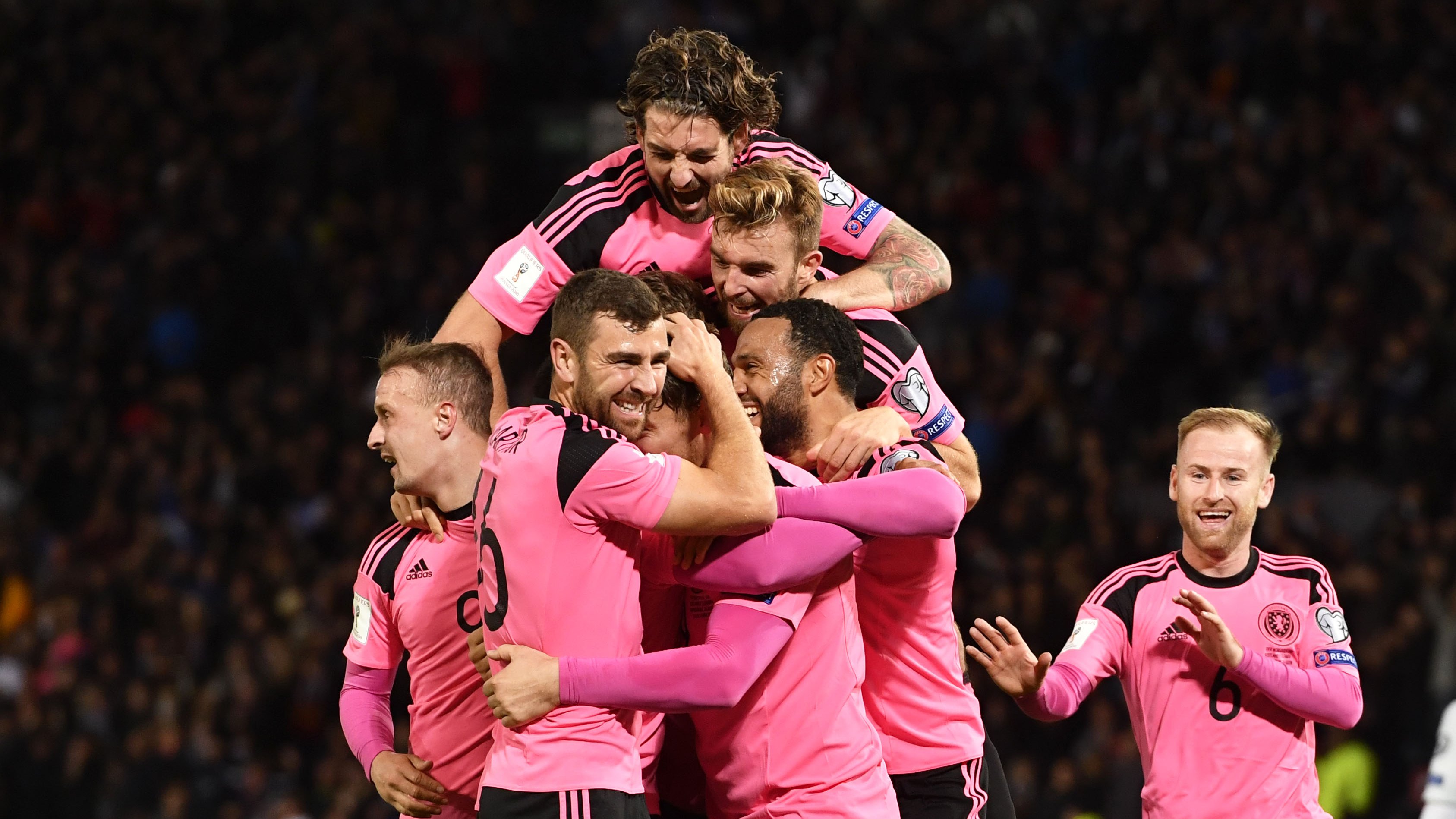 Scotland players celebrate after taking the lead in the closing minutes of their World Cup qualifier against Slovakia (pic: SNS Group)

Scotland’s World Cup qualifying campaign will go down to the wire after a dramatic late win over 10-man Slovakia.

A Martin Skrtel own goal in the closing minutes was enough to give Gordon Strachan’s men the victory they craved in Glasgow.

The Scots went into the clash knowing there was no margin for error, with maximum points required from their closing two matches in Group F.

With mission accomplished against the 10-man Slovakians, who had Robert Mak sent off for a second bookable offence after just 23 minutes, all eyes are now on the trip to Slovenia on Sunday.

Another win in Ljubljana, and the Scots will have secured a play-off tie for a place in Russia next summer.

After a stuttering start to the qualifying campaign, Strachan’s men have now taken an impressive 13 points from their last five matches.

Although they had numerical advantage, Scotland struggled at times against a well-organised opponent but kept believing chances would come.

Goalkeeper Martin Dubravka had an inspired 90 minutes in the Slovakian goal but had the woodwork come to his rescue on a couple of occasions with Chris Martin and Leigh Griffiths rattling the framework.

But he was left helpless on the 89th minute when former Liverpool defender Skrtel put through his own net as he tried to cut out Ikechi Anya cutback under pressure from Martin at his near post.

It was no more than the Scots deserved and Strachan, whose three substitutions proved critical, said afterwards he was convinced the winner would come.

“I genuinely thought we were going to score a goal,” he said.

“It was some performance. Their goalkeeper was magnificent and was man of the match and the crossbar wasn’t bad either!

“The 14 boys changed the result from being a draw into a victory and it says a lot about their fitness.

“The footballing gods have decided to give us a victory.”

Harry Kane’s injury-time winner secured England’s qualification but this was a mediocre and lacklustre performance.

Kane, England captain for the night, bundled in Kyle Walker’s cross for his 11th goal in 22 international appearances to finally break down Slovenia’s resistance. 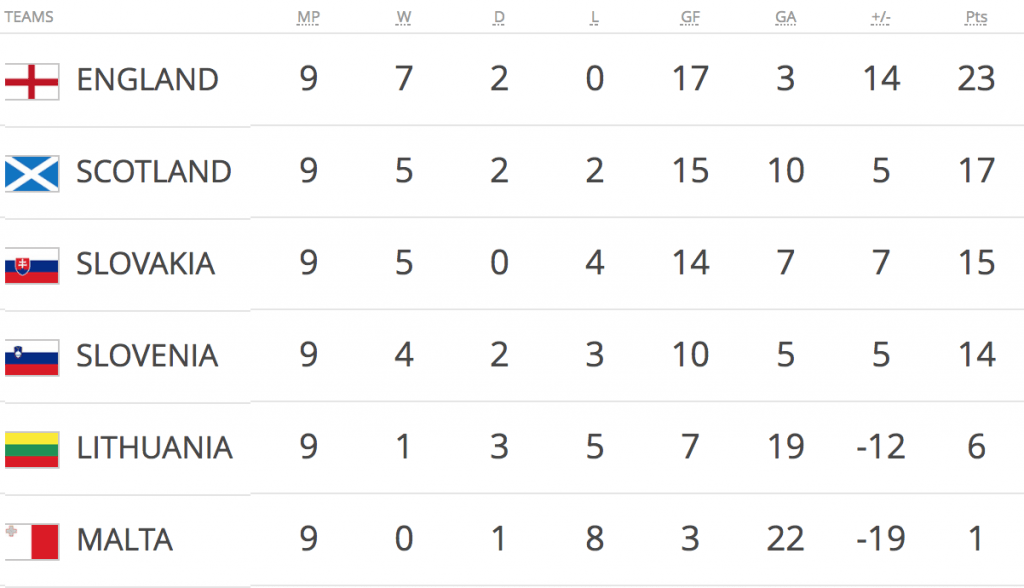