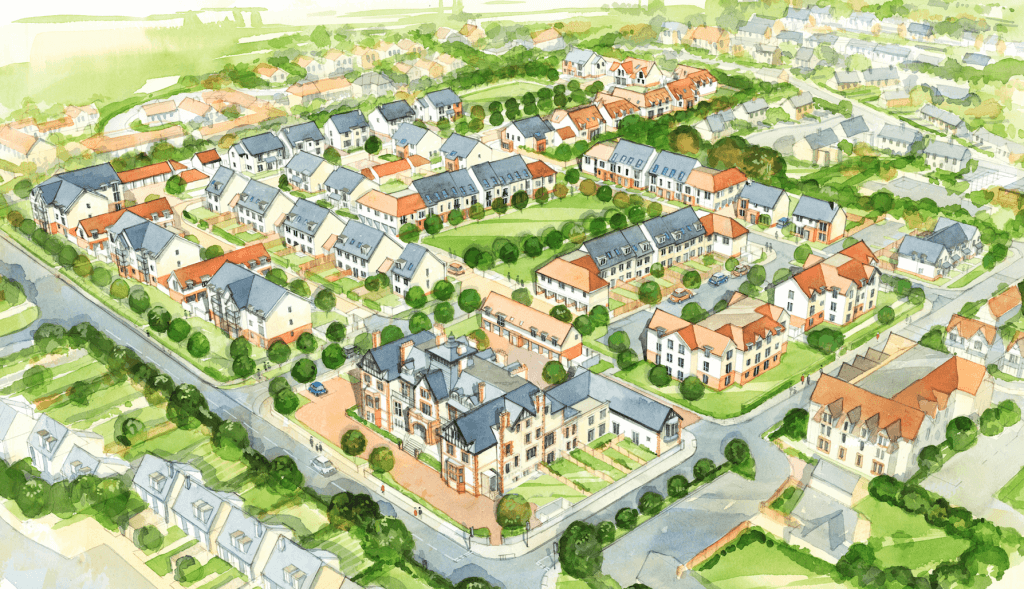 New communities are proposed, such as this one in East Lothian, to meet demand

Mr Sarwar said housing must be Scotland’s next big infrastructure project and said that he will campaign for the creation of a national construction firm and the commitment of £20 billion towards funding the sector.

On a visit to Parkhead Housing Association in Glasgow, Mr Sarwar said a shortage of new homes, the length of waiting lists, the number of empty properties and the unaffordability of private rents are some of the biggest problems facing the nation.

•    A national construction firm to create jobs and boost supply across all sectors, ensuring the state can take a direct role in tackling the crisis.

•    A new target to build 25,000 homes a year, across social, affordable and the private sectors.

•    Encouraging owners to bring 35,000 empty properties back into use by placing a levy on empty homes to raise up to £35million per year, and giving councils powers to implement an empty homes Council Tax escalator.

•    Continuing Labour’s fight for the devolution of Housing Benefit to equip MSPs with the power to directly invest billions in affordable housing.

•    Supporting permanent UK membership of the European single market to ensure certainty for developers and registered social landlords to access finance to support their ambitions.

•    Mandating Consumer Scotland to regulate, take on, and enforce standards in the private rented sector – putting rent control powers to use, cracking down on rogue landlords and increasing quality.

•    Upgrading building standards to ensure homes have better accessibility for our ageing population.

He Sarwar said: “Scotland’s housing crisis is one of the biggest challenges facing our nation.

“We have suffered a lost decade under the SNP and Tories, and too many young people can’t afford their first home, can’t afford sky-high rents, or are on a never-ending waiting list.

“As Scottish Labour leader, I will leave nobody behind. That’s why I will introduce a transformational Labour Housing Act for the 21st century.

“It will aim to bring empty homes back into use through the taxation system, set a target to build 25,000 homes a year partly through the creation of a national construction firm, and ringfence public funding for housing.”

He added: “I will also continue Labour’s fight for the devolution of Housing Benefit to the Scottish Parliament, and – unlike the SNP – I will make use of Holyrood’s powers as First Minister.”