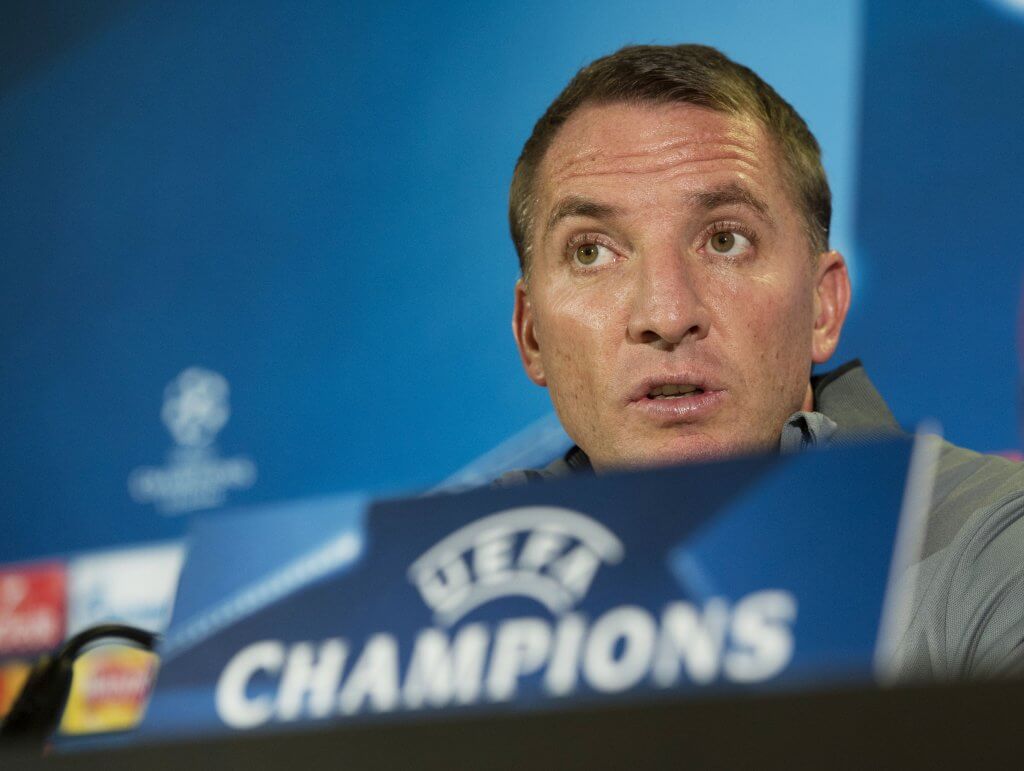 Brendan Rodgers: ‘We go into the match with a positive mindset’ (photo: SNS Group)

Celtic will face former Champions League winners Bayern Munich in the Allianz Arena tonight with the two teams tied on three points after two matches in Group B.

Parkhead coach Brendan Rodgers believes his team has the confidence and support to help them compete with “one of the best teams world football”.

He told a pre-match press conference: “We’ll go in with a positive mindset.

“We’re going to have to be resilient but we’ve got to be confident enough to play. We respect we’re playing against fantastic players. They’ll be highly motivated and they’ll want to come out and really press the game and show their qualities.”

Celtic’s victory over Anderlecht in Belgium was a rare away victory in Europe – only their second Champions League win outside Glasgow. Of their 30 previous overseas clashes in Europe’s top club competition, they had managed just one win – a 2012 victory over Spartak Moscow – and three draws.

Celtic will be without Jozo Simunovic tonight after the centre-back suffered a hamstring injury. Mikael Lustig is likely to replace him in defence with Crisitian Gamboa taking over from Lustig at right-back.

Captain Scott Brown and midfielder Stuart Armstrong are fit and should make the starting line-up.

Striker Scott Sinclair added: “We need to go into the game full of confidence and belief that we can get a win.

He said the team had learned lessons from the 5-0 home defeat to Paris St Germain in the opening match of the group stages.

“We need to be more compact. I wouldn’t say fear is the right word..we put too much pressure on ourselves because we wanted to do so well and sometimes you can try a little too hard.

“It’s all about being relaxed as players, getting the ball down and creating chances.”

Celtic will face a Bayern team with an outstanding record in their own stadium, losing only four times in the Allianz in all competitions over the past two years. Two of those were in the Champions League: to Manchester City and Real Madrid.

However, Italian manager Carlo Ancelotti was unpopular with fans and he was recently replaced by Jupp Heynckes whos first match in charge at the weekend was marked with a 5-0 win over Freiburg.

Rodgers noted that a change of manager often gives players a lift as they try to impress.

“They’ve changed their management and it’s given them a little bounce effect,” he said.