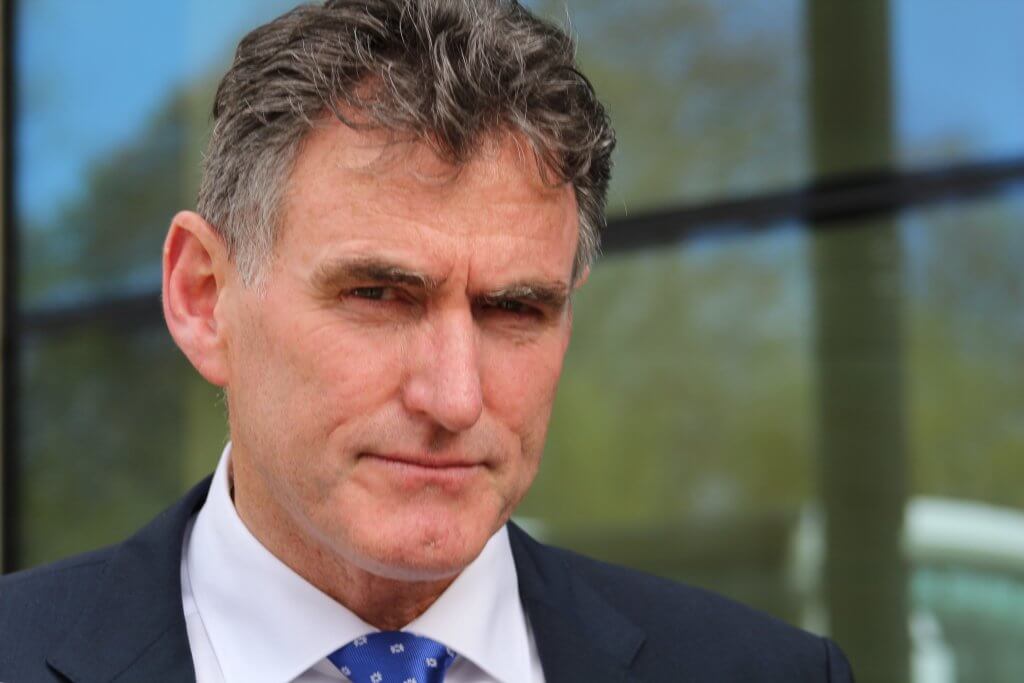 Ross McEwan: ‘pleased that the regulator has confirmed the findings’ (pic: Terry Murden)

Royal Bank of Scotland today welcomed a report clearing it of the most serious allegations of mistreating its customers.

The Financial Conduct Authority has published a 67-page summary of its investigation into the claims stating that while there had been “widespread inappropriate treatment of SME customers by RBS”  the most serious allegations made against the bank were not upheld.

FCA chief executive Andrew Bailey said: “RBS has accepted that it did not meet the standards it set for itself which impacted on how it treated some of its SME customers.

“RBS has since taken voluntary steps, such as its proactive review of complex fees, and setting up a complaints scheme for eligible SME customers, overseen by an independent monitor, Sir William Blackburne.

“Having considered documents and cases highlighted by the Skilled Person [Promontory Financial Group] we agreed that RBS’s proposals, including to establish a complaints scheme, were appropriate steps.”

While repeating its position from last November with regard to the most serious allegations, Mr Bailey said further action could be taken against the bank or individuals.

“We are investigating the matters arising from the Skilled Person’s Report and are focusing on whether there is any basis for further action within our powers. We cannot comment any further on this,” Mr Bailey said.

He is due to be questioned on the report into RBS by the Treasury Committee on 31 October.

The allegations made against Royal Bank of Scotland Group emerged in Dr Lawrence Tomlinson’s report Banks’ Lending Practices: Treatment of Businesses in Distress. The FCA says in its summary that these were “serious and generated significant public interest”.

Its inquiry considered 207 individual cases, comprising a representative sample of 178 SME customers and a further 29 SME customers drawn from those who had contacted Dr Tomlinson.

In a statement RBS said it welcomed the publication of the FCA summary report, “consistent with the summary findings announced by the FCA in November 2016.”

RBS also welcomed the FCA’s confirmation that the most serious allegations made against the bank have not been upheld and that the steps it announced in November to put things right for customers remain appropriate.

The bank said it has previously acknowledged that, in some areas, it could have done better for SME customers in GRG [global restructuring group] and again apologises for these mistakes.

Specifically, the bank said it could have managed the transition to GRG better and should have better explained to customers any changes to the prices or complex fees it was charging. The bank accepts that it did not always communicate as well or as clearly as it should have done. The bank also did not always handle complaints well. 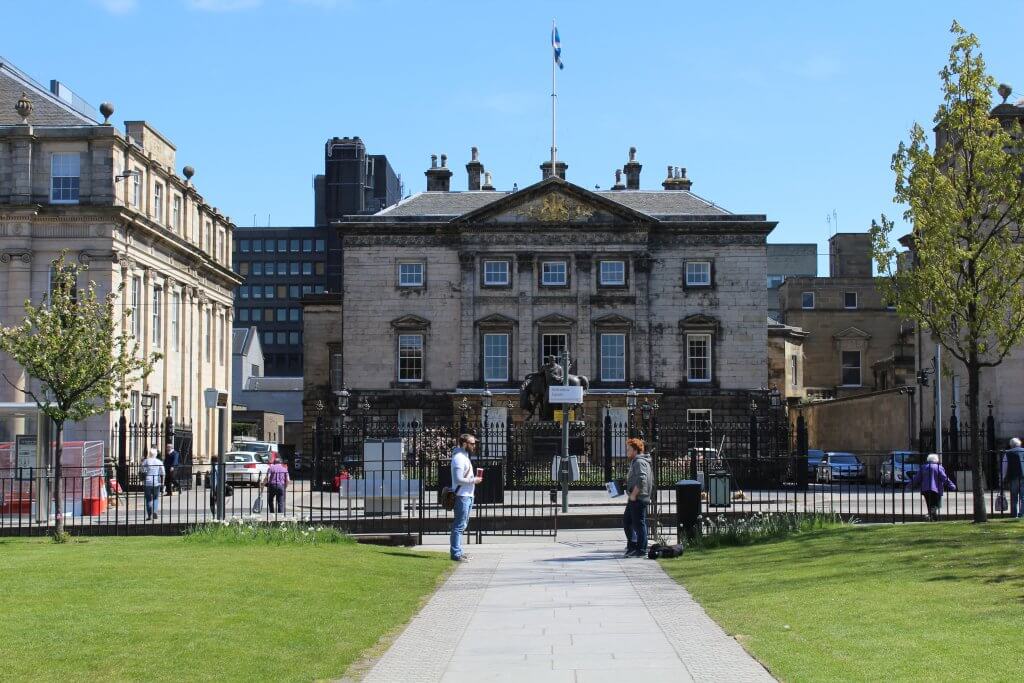 RBS: admitted it could have done better (pic: Terry Murden)

As a result of these historical issues identified, it put in place two steps – a complaints process overseen by retired High Court Judge, Sir William Blackburne, and an automatic refund of complex fees – for SMEs in the UK and ROI that were customers in GRG during the period 2008 – 2013.

The bank has now completed the automatic refund of complex fees, with more than £115m of refund offers made. The complaints process is underway, with 939 complaints received to date. The bank continues to estimate the cumulative cost of these measures to be approximately £400m.

Ross McEwan, CEO of RBS, said:  “I am pleased that the regulator has confirmed the findings from last November and that the most serious allegations made against the bank have not been upheld.

“We have acknowledged for some time that mistakes were made and have apologised that we did not always provide the level of service and understanding we should have done for these customers in the aftermath of the financial crisis.

“The regulator has again confirmed that the remediation steps we announced in November to address concerns for customers are appropriate. Any customer who feels they were treated inappropriately whilst in GRG should make use of the complaints process.

“The culture, structure and way RBS operates today have all changed fundamentally since the period under review. We have made significant changes to deal with the issues of the past, so that the bank can better support SME customers in financial difficulty whilst also protecting the bank’s capital.”

Lawrence Tomlinson was unimpressed with the summary statement from the FCA.

He stated: “Banks do not treat their customers inappropriately, bankers do.  For too long, shareholders have paid the price for the misconduct of individuals within banks who face no penalty and continue to make terrible decisions for the bank, their customers and UK economy alike.  It’s time for that to stop.

“It’s hard to choose which part of the FCA Interim Summary to comment on: perhaps their damning indictment of the profit-driven culture in GRG? The systemic impacts of the conflicts of interests in GRG’s objectives, as well as its close-working relationship with West Register and their Strategic Investment Group? Or perhaps the fact that 92% of potentially viable cases experienced inappropriate action at the hands of GRG and in 11% of all cases this led to material financial distress?

“Of the 40 allegations made in my initial report, the majority have been confirmed by the section 166 investigation and some of the most serious allegations were found to be widespread and systematic.  In many ways, the FCA report makes many more serious findings about the way RBS’ turnaround division operated than the Tomlinson Report did.

“Part of the next stage of the FCA investigation will be considering the involvement of senior management in the bank – someone knew, or should have known, what was happening in this atrociously behaved division of the bank.  Now the Financial Conduct Authority needs to live up to its name and look at the conduct of the individuals involved in senior management at the bank.

“The authorities should look at whether these bankers’ behaviour is incompetent or criminal – either way, whoever allowed the scandal at GRG to occur should not be allowed to work in the sector or enable similar ethos and culture to enter other banking institutions.”

James Hayward, CEO of RGL Management, which was formed for the purpose of suing Royal Bank of Scotland over the actions of its Global Restructuring Group, said: “We have always said that the FCA report will be a whitewash and that now looks to be the case.

“From what we understand, the FCA has failed to acknowledge the serious and deliberate harm caused to businesses through RBS’ Global Restructuring Group.

“The FCA is making excuses in its interim report as to why it cannot bring the bank to justice, which does nothing to help redress the devastation inflicted on business owners by RBS. If the FCA cannot, or will not, take action against the bank then it is important for distressed businesses and individuals to seek justice in the courts.

“RGL Management is the only group ready to do so, with expertise, funding and lawyers in place.”