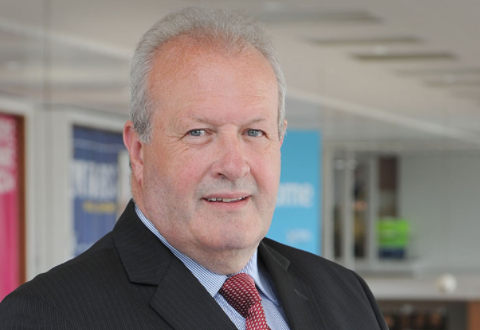 Ron Smith: leaves at the end of October

Prestwick Airport chief executive Ron Smith is to leave at the end of the month “by mutual agreement” and will be replaced by Stewart Adams on an interim basis.

Mr Adams, an experienced aviation executive who has spent 40 years in the industry, will be tasked with boosting cargo traffic and helping the airport secure the role as the UK’s first spaceport.

“He comes with a wealth of experience of the aviation industry both in Scotland and internationally and we look forward to working with him during the process of recruiting a permanent CEO for the airport.

“We would wish to thank Ron for his contribution to the progress that has been made at the Airport during his time as Chief Executive and we wish him well for the future.”

Prestwick, which employs 320 staff, was rescued in November 2013 by the Scottish Government which aims to sell it back into the private sector.