A man is wrestled to the ground following the crash

A vehicle mounted the pavement injuring 11 pedestrians outside the Natural History Museum in London.

A man was detained as suspicions rose that it was another terrorist incident. Police confirmed it was an accident.

A number of roads in the area were cordoned off. 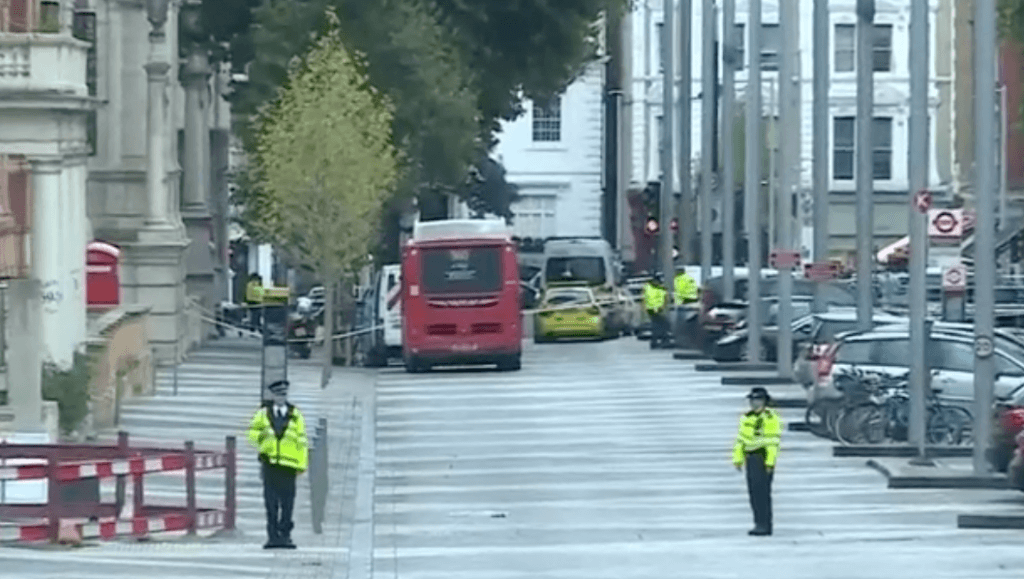 Roads near the scene have been sealed off