Irishman in the groove 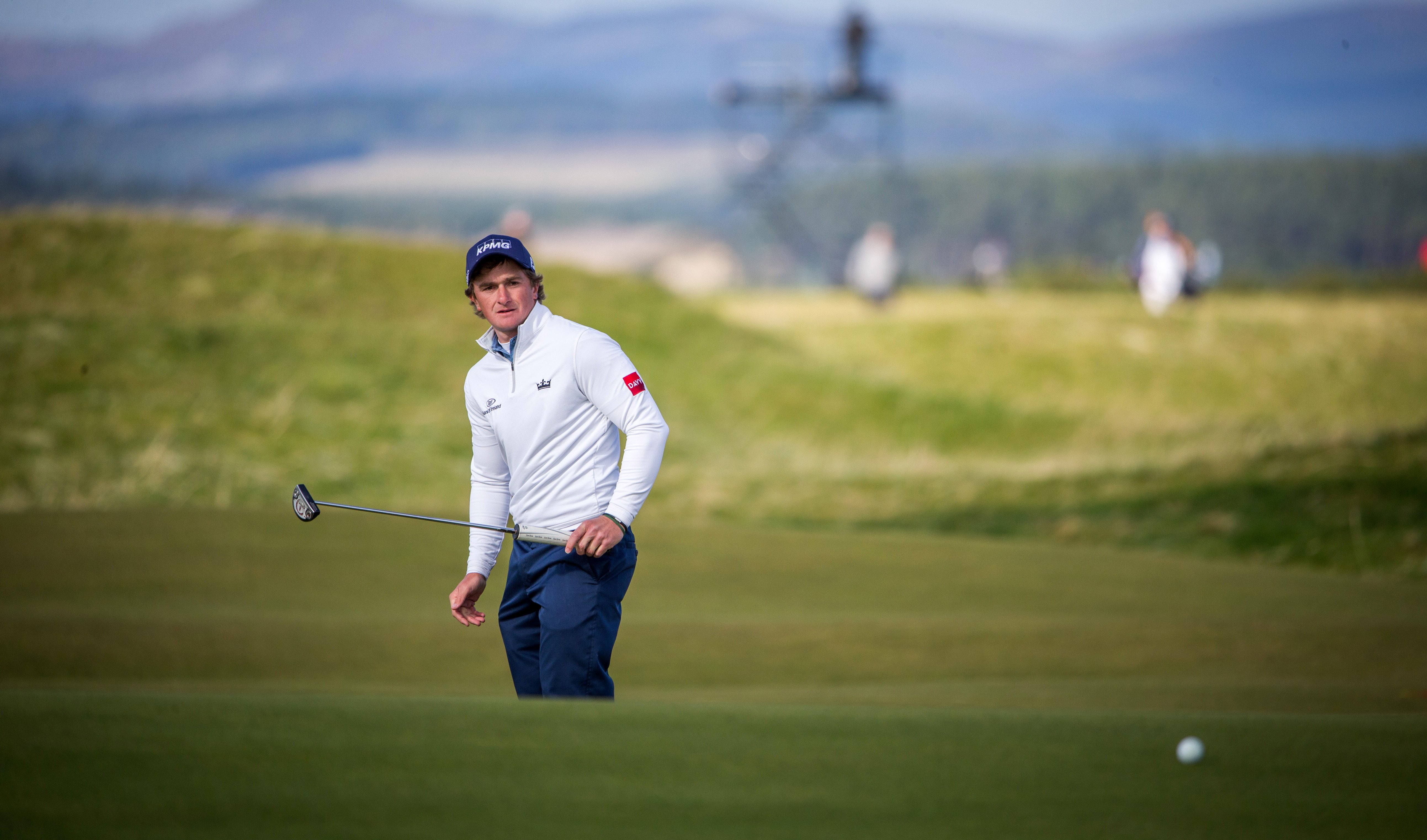 Irish eyes were smiling again as Paul Dunne followed up his maiden European Tour victory last week with an impressive opening 67 at the Old Course in St Andrews to share the lead at the Alfred Dunhill Links Championship.

The man from County Wicklow made his professional breakthrough last week at the British Masters supported by Sky Sports with a three-shot win over four-time Major winner Rory McIlroy.

The 24-year-old kept his form going by carding four birdies and an eagle 2 at the ninth hole on the way to a five-under round.

He was joined on that score by Belgian Nicolas Colsaerts, who holed a 15-foot putt at the 18th at Kingsbarns for a back-to-back birdie finish and a 67, while defending champion Tyrrell Hatton of England was one of five players a shot off the lead on four-under par.

“My game still feels good,” said Dunne. “It takes that little bit of pressure off when you’ve done it once.

“My iron play was good today. It was a disappointing finish, but in general I’m feeling good and life is pretty good at the minute.

“I was hitting everything pin-high on the front nine, which is a big advantage because the greens are so big. You’re probably not going to miss many. But when it gets windy, two-putting from 60 feet can be difficult.

“But then I eagled the ninth, which is downwind and drivable. I drove it to around 30 feet and holed it, so that kind of got me off on the right foot starting the back nine.

“I didn’t play great coming in. I kind of did the opposite of what I should have done but I’ll take the five-under.”