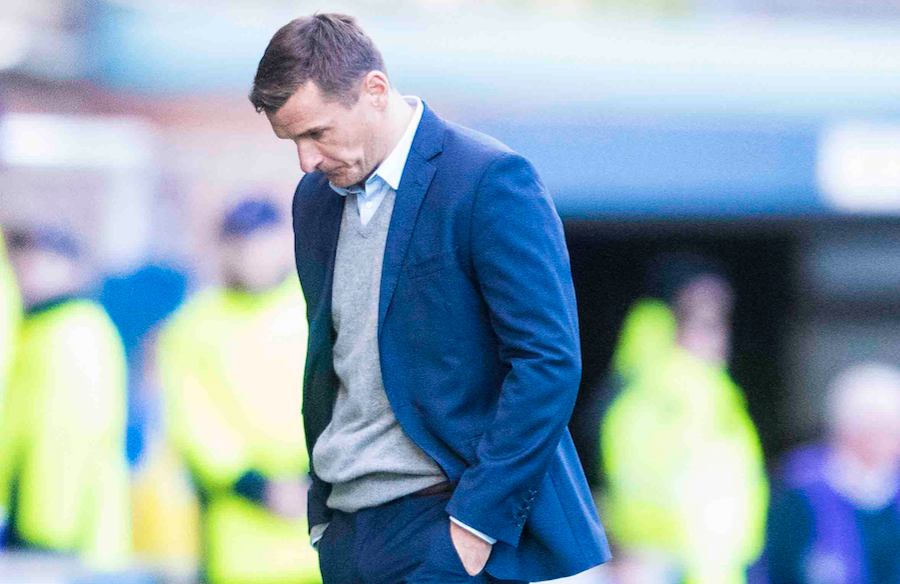 Manager Lee McCulloch has left Kilmarnock by mutual consent following a run of poor results which have left the Ayrshire club rooted to the foot of the Premier League.

The Rugby Park side are without a win in the league this season and following a board meeting it was decided that the former Rangers player would leave the club.

A statement on Kilmarnock’s official website read: “The Kilmarnock Football Club Limited can announce the departure of manager Lee McCulloch by mutual consent.

“Lee took charge of the first team in February this year following the departure of Lee Clark before becoming permanent manager after ensuring the club retained our Scottish Premiership status.

“Assistant manager Peter Leven has also departed the club. Lee and Peter would like to thank the directors, players, staff and supporters for their assistance during their time at the club. “

“Everyone at Kilmarnock thanks Lee and Peter for their hard work and dedication during their time with the club and we wish both all the best for the future.”

McCulloch becomes the third Premier League manager to lose his job this season following the departures of Ian Cathro at Hearts and Jim McIntyre at Ross County.