Mackay and TUC in pay plea to Hammond 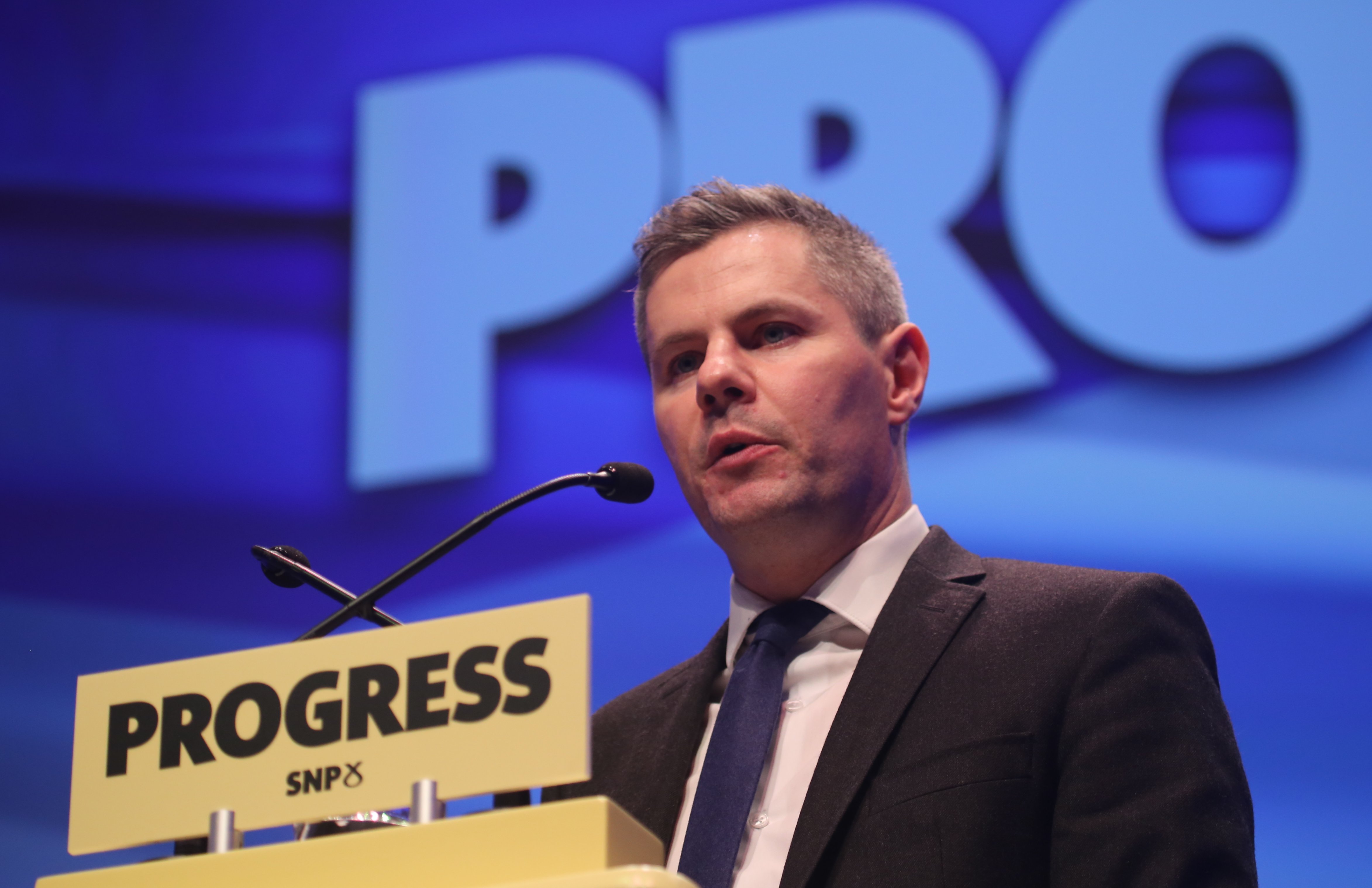 Finance Secretary Derek Mackay joined the trade unions in urging the Chancellor to to provide the resources needed to improve the pay of thousands of public sector workers.

Mr Mackay and Grahame Smith, General Secretary of the Scottish Trades Union Congress, have written a joint letter to Philip Hammond, calling for the UK Government to lift the pay cap across the UK.

In his keynote address to the SNP conference Mr Mackay said that, if the Chancellor does not change his course on austerity “our economy will be put in peril”.

He said: “Over the ten years to 2020 we are facing real terms cuts to our budget of 9%  – all at a time of growing demand in the public services. That simply has to end.

“Yet when it is the Tories neck that is on the line, they have no hesitation in finding £1bn of taxpayers’ money for their grubby deal with the DUP.

“We have no objections to the people of Northern Ireland getting extra money, far from it. What we do object to is a Tory Government that throws money at one part of the country to keep themselves in office, while simultaneously lecturing everyone else that there is ‘no magic money tree.’”

He said the Chancellor must use his budget in November to end austerity, invest in public services and give public sector workers “the pay rise they deserve.”

Mr Mackay warned that “if austerity is not lifted, our ability to offer the kind of deal we might want to will remain constrained, no matter what powers we use.”

He added: “Come what may, we lift the pay cap.”

He said the Chancellor must end the “ludicrous and unjust” Treasury position of imposing VAT on Scotland’s police and fire service.

“If this position doesn’t change, this could see a loss to the Scottish public purse of £280 million by the end of the current parliament.

“Austerity, pay and our police and fire services –  it all adds up to a budget triple whammy being inflicted on Scotland by the Tories, which is putting ever more pressure on our public services.”

Scottish Labour’s economy spokesman Jackie Baillie said: “Derek MacKay has a cheek to stand on stage and talk about austerity from Westminster when his government has spent its time in office slashing local authority budgets.

“The finance minister has the power in his hands to take a different path from Tory austerity, yet he has repeatedly refused Labour’s demands to use the powers of the Scottish Parliament.

“The only Party that offers not just talk, but action on ending austerity in Scotland, is Labour.”

The Scottish Government and the Scottish Trades Union Congress (STUC) are in agreement that the 1 per cent public sector pay cap should be lifted, not just in Scotland, but across the UK. The Scottish Government has committed to lifting the pay cap and are engaged in discussions with trade unions over a sustainable and fair pay settlement for 2018-19

The STUC wishes to see a settlement that at least matches the increases in the cost of living.

We believe the UK Government position of persisting with the same failed austerity continues to damage public services and the economy. Scottish Ministers and the STUC agree that rising inflation, stalled earnings growth and social security cuts are having a negative impact on working households in Scotland. Since 2013-14, the Scottish Government has invested £350 million in mitigating the impact of UK Government welfare changes in Scotland. At the same time, the level of the discretionary budget available to the Scottish Government is facing a real terms cut of 9 per cent over the ten years to 2019-20, which risks negative implications for the vital public services many households rely on.

It is now imperative that you take steps to address recruitment, retention and motivational issues across the public sector. It is time to commit to ending unnecessary and ideological austerity, invest in our public services and lift the 1 per cent pay cap for all public sector workers by providing additional resources to meet the cost of pay rises.

The latest forecasts by the Office for Budget Responsibility, reinforced in a report by the respected Fraser of Allander Institute on ‘Scotland’s Budget 2017’ published on the 26 September, indicate that the UK Government is on course to achieve its fiscal mandate with around £26 billion of fiscal headroom in 2020-21, providing greater flexibility to increase public spending.

This letter is being copied to the Mark Drakeford, Cabinet Secretary for Finance & Local Government in the Welsh Government and to David Mundell, Secretary of State for Scotland.