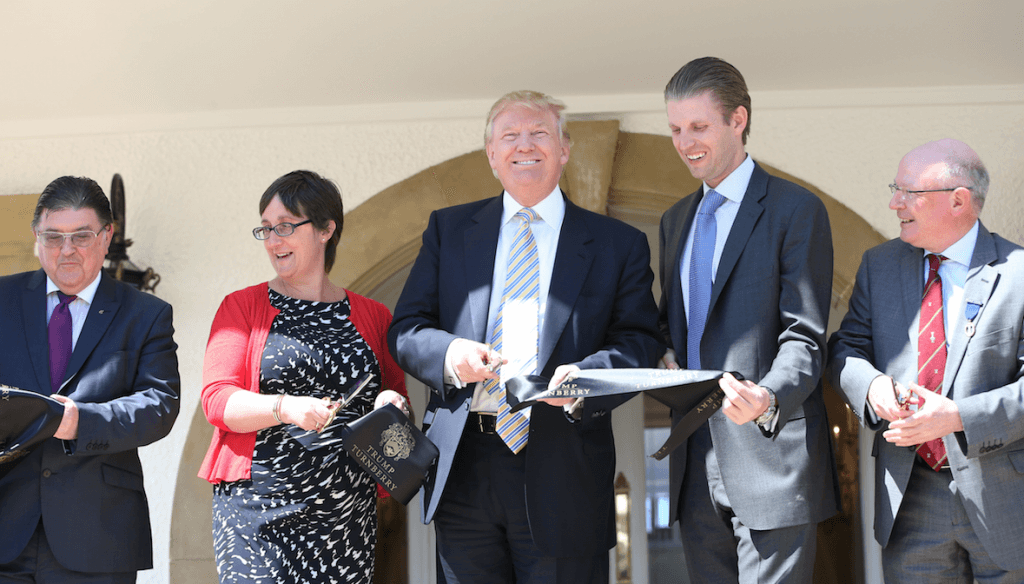 Trump at the unveiling of Turnberry

Trump’s company said the loss at Turnberry was partly a consequence of having shut down for part of the year while re-designing the course.

The US president handed over management of his company, which also runs Trump International Golf Links in Aberdeenshire, to his two adult sons before taking up office, but he retains a financial interest in it.

Scotland’s Environmental Protection Agency and Scottish Natural Heritage, a conservation group, sent letters to Aberdeenshire Council in the summer urging it to reject Mr Trump’s plans for the second course if he did not make certain changes.
A vote by the council, expected in August, was postponed.
Share The News