Leonard in pay victory over Sodexo and Diageo 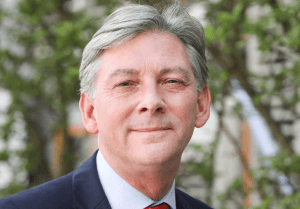 After a number of meetings with company representatives he has secured a commitment that the living wage will be paid to cleaners and catering staff within Diageo who are contracted to Sodexo.

Mr Leonard said their public commitments to a living wage weren’t detectable in employees’ pay packets and questioned representatives from both companies at the Scottish Parliament’s Economy and Fair Work Committee.

He said that despite supporting the principle of a living wage the company representatives gave evasive answers to questions on closing the gender pay gap.

“We can’t tackle poverty without standing up to big businesses who prioritise profits over people.  That’s why I challenged them in parliament – and we need to use all of the levers of Government to get people a better deal from low wage employers,” he said.

“I’m arguing that not a penny of the £10 billion a year the Scottish Government spends on buying goods and services goes to low wage or non-union companies.  With strong leadership we can provide protection for workers in the face of exploitative employers.”