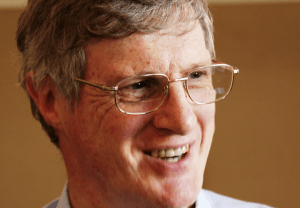 Perth Innovation, a management consultancy focused on supporting innovation and creative problem solving, has launched a crowdfunding campaign to raise £25,000 for development of its business tool, The Concept Garden.

It is a web-based application comprising a series of ‘thinking tools’ to help individuals and teams to find creative solutions to problems. Supporters of the project will have the opportunity to access prototypes, and ultimately influence the development of the tool by providing feedback and guidance.

Director Billy Grierson, said: “When businesses have problems, they tend to dive in head first, find an idea and then assume that the problem is solved.

“But we know that it’s important to follow a systematic process for the best results, which is why we developed The Concept Garden – a set of tools and techniques that can be used by any company, social enterprise or individual, to support problem solving at every stage.”

The company has already delivered a significant number of problem-solving and training workshops, with more than 500 people utilising The Concept Garden’s approach to-date.

Dr Grierson added: “We launched phase I of the project in May last year and have received excellent feedback so far, which has led us to further develop the tool as we embark on phase II. The most important thing for us is that potential users of The Concept Garden are fully involved in every development stage.

“There are so many examples of software that has been developed without any user input so we aim to ensure that the tool can be influenced and guided by those who will actually be using it. The Concept Garden approach has already been utilised throughout a number of industries and scenarios, and we would be delighted to hear from anyone who is keen to play a key role in developing the tool further.”