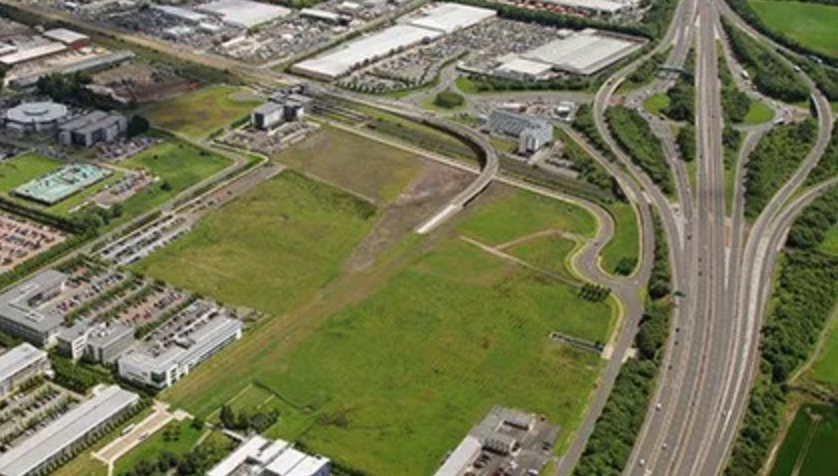 Pretty vacant: land at Edinburgh Park has been earmarked for development for years

Property developer Parabola has provided an update on long-standing plans to transform one of Edinburgh’s largest vacant plots into a new urban quarter.

The company wants to turn 43 acres of land south of Edinburgh Park into a £500 million community of 1,800 homes and offices for 8,000 workers.

The plan, first revealed by Daily Business three years ago, would help tackle a shortfall of high quality office space in the city and boost efforts to attract major employers to invest in Edinburgh.

Parabola said it believes the vacant land will become home to “one of the most desirable places to live and work in Edinburgh.”

It would see another 750,000 sq ft of commercial space created at Edinburgh Park, which opened in 1995.

A ‘civic square’, 150-seat conference and events facility, bar-restaurant, leisure and medical centre, micro-brewery and specially commissioned works of art would also be created. Parabola hopes to start work on the project next summer, with the first offices due to open by 2020.

The scale of its project, which will be served by the Edinburgh Park Central tram stop, would be much bigger than the ongoing Quartermile, New Waverley and St James schemes in the city centre.

The site had belonged to New Edinburgh Limited (NEL), set up in 1990 to build the park as a joint venture with the Miller Group and CEC Holdings, a subsidiary of the city council. It was responsible for the construction of 1.3m sq ft of office space but NEL collapsed owing Lloyds Banking Group about £19m in loans.

The arrival of the tram has been a factor in increasing interest in the Gyle and therefore lifting land and property values.

Speaking about the revived plan, Parabola founder Peter Millican said: “Our vision is unashamedly ambitious – to create a new vibrant community and architectural exemplar designed around the happiness and success of its people. We’re building a new working and living community, redefining modern Edinburgh with a new gateway for the capital.

“We’ve undertaken considerable research in the UK and across Europe in order to create a vision which we hope will represent a new ‘place’ for the city.”

Gavin Barrie, economy leader at Edinburgh City Council, said: “This land is in a key development zone for the city and it is great news to hear that the developer is seeking to move forward.

“The right development would transform the area injecting new life into this brownfield site and we are looking forward to working with the developer.”