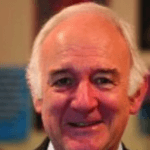 Video security firm IndigoVision has announced that Andrew Fulton, will retire from the board at the end of the year.

Mr Fulton, a former MI5 officer and chairman of the Scottish Conservative Party, has been on the board of the Edinburgh company for seven years.

Chairman, George Elliott, said: “IndigoVision is most grateful to Andrew for his valued advice and guidance over the years and we wish him well for the future.”

Mr Fulton said: “I have greatly enjoyed my 7 years as a non-executive director with IndigoVision but feel now is an appropriate time to retire to pursue new portfolio opportunities.

“IndigoVision has an experienced executive team and under George’s leadership is well placed to prosper in the future.”

Mr Fulton spent more than 30 years in the British Diplomatic Service, his last appointment being in Washington DC, following postings in Saigon, Rome, East Berlin, Oslo and at the United Nations in New York.

He was founding chairman, of the Scottish North American Business Council.