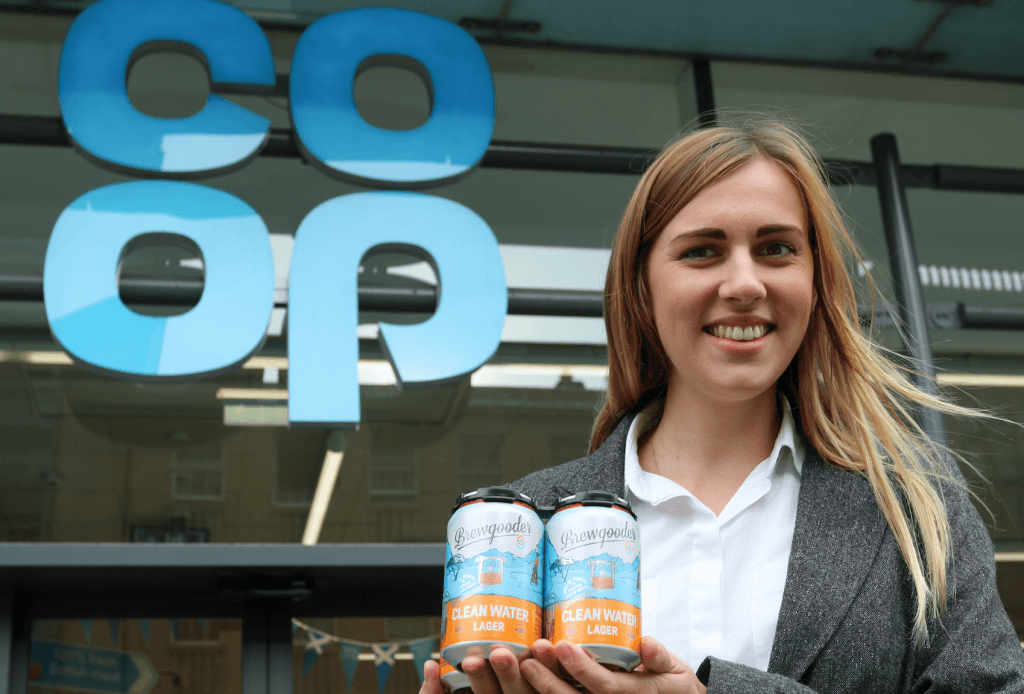 It’s all at the Coop: Zoe Cuthbert of Brewgooder

It will take the social enterprise closer to providing clean water for one million people by donating 100% of profits from sales of its craft beer to water charities.

Figures from the United Nations show that more than 650 million people do not have access to safe, clean drinking water.

Brewgooder co-founders, Alan Mahon and Josh Littlejohn, were both tackling homelessness in Scotland before combining their passion for craft beer and helping others with the development of their “Clean Water Lager” which is brewed at Brewdog’s Ellonbrewhouse.

Mr Mahon, said: “We feel there is a real synergy given the Co-op’s community locations, heritage and ethical trading and, passion for quality beers, not to mention its existing work to support clean water projects.

“This is our largest listing into the convenience sector, and one we are looking forward to growing in the coming months.

“It will provide a boost to our brand awareness and business development at a key time, while having an impact on thousands of people facing water poverty through our essential clean water projects.”

Jake Woods, Co-op’s Beer Buyer, said: “As a co-operative, collaborating with a social enterprise which has set out to use its profits to alleviate water poverty presents a great opportunity.

“It is an area where the Co-op has delivered significant support over many years – craft beer is an exciting category, we see significant potential for sustainable growth, and we are delighted to champion a beer that makes a difference to the lives of thousands of people.”

Last year the Co-op marked its tenth anniversary of its partnership with the One Foundation. It is the only major retailer with an own brand charity water, Fairbourne Springs and 3p for every litre sold is donated to The One Foundation to be invested in clean water, sanitation and hygiene projects in Africa.

The Co-op is also the only retailer to partner the Global Investment Fund for Water – announced at the Global Citizen Festival, Hamburg. The Co-op contributes 1p per litre to the fund from sales of branded bottled water.