Call for CAP to fit all rural land use 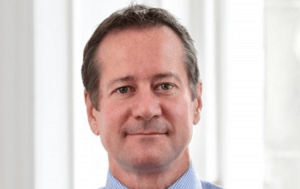 An all-inclusive policy for rural land use should replace the common agricultural policy (CAP) after Britain leaves the European Union, says an industry body.

The CAP has been labelled “a straightjacket” on rural areas and forestry organisation Confor would like to see it replaced by a Common Countryside Policy.

The Edinburgh-based organisation, which represents 1,600 forestry and wood-using businesses across the UK, today launches a report calling for the change at the Conservative Party Conference in Manchester.

It says: “After Brexit, forestry seeks fair, equal treatment. This should be a cornerstone of a new CCP – fair treatment for all land uses, and a recognition that the countryside is about more than farming.”

Confor will unveil the document – It’s not just farming: why Britain needs a Common Countryside Policy after Brexit – at a Fringe event at the conference and later present it to Environment Secretary Michael Gove.

Confor’s chief executive Stuart Goodall (pictured) said: “The CAP doesn’t fit when it comes to rural policy in 2017. It has been a straightjacket on our rural areas. In the report, we quote Michael Gove, who believes there is an ‘unfrozen moment’ after Brexit where we can imagine a better way of doing things.

“We want A Common Countryside Policy which delivers positive social, economic and  environmental benefits for our rural areas – not a new version of CAP which simply rewards specific activity.

“As the UK leaves the EU, we can map the future to a better countryside – one that is greener and more productive.

“As we leave CAP, we can create a new Common Countryside Policy which truly works in the best interest of all our rural areas. It is an opportunity we must not miss.”