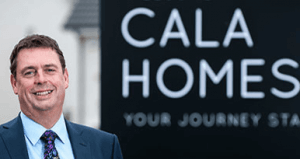 Cala Group says it is the fastest-growing housebuilder in the UK over the past decade following a fifth consecutive year of record revenues and profit.

The Scottish company reported a 14% rise in pre-tax profits from £60.1 million to £68.5m for the year to the end of June and says it is building more homes than its listed peers.

Alan Brown, chief executive, said there were no concerns around a potential interest rate rise in November.

“There has been talk of this for some time, though it is now looking more likely,” he told Daily Business.

“However, the market has factored it in and I don’t see it having much impact.”

In a statement with the figures, he said: “I am delighted with the excellent results we have achieved at CALA in the twelve months to 30 June 2017, in particular, the exceptional progress in transforming the size and scope of our business which has seen us deliver our fifth consecutive year of record revenues and profits.

“Since the 2007/2008 industry peaks, we have achieved volume growth of 67%, significantly ahead of our major listed peers while still delivering consistently strong customer service and investing in our land pipeline.

“Following our record performance in 2017, we remain on course to achieve our stated strategic aim of building approximately 2,500 units per annum by 2020 and have the infrastructure in place to deliver on these growth plans.

“We have entered the new financial year with strong trading momentum and, in the first ten weeks of 2017/18, net private reservations are up 34% on the same period last year with an average weekly reservation rate of 0.64 private sales per development.

“Although we welcomed some of the proposals in February’s White Paper around planning reform and the general direction of travel to improve the rate of delivery of new homes, we are still encountering unnecessary delays in the planning system owing to both understaffed local planning departments and a sizeable disconnect between national housing policy and local government activity.

“As a result, despite the well-publicised housing shortage in the UK, local authorities continue to cause unnecessary delays to the planning process.  While we have grown significantly during the period and remain on course to achieve our growth ambitions, our output would have been considerably higher had we not encountered some entirely avoidable issues stemming from these delays.

“Although CALA has the land pipeline and infrastructure already in place to continue to play a growing role in delivering the homes that the UK needs, a more progressive and constructive approach to planning from local authorities will enable the UK housing industry as a whole to deliver more homes and address the UK’s housing shortage.” 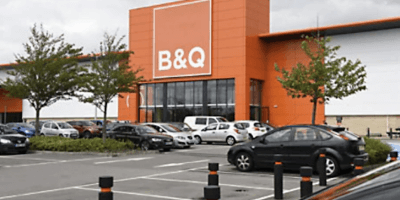