BT agrees to slash landline-only bills by £84 a year 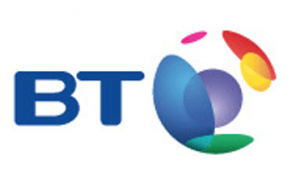 BT customers who buy only a landline telephone service will see their monthly bills slashed by £7 per month, following a review by the regulator.

This represents a saving of £84 a year, or 37%, for up to one million of BT’s landline-only customers.

Ofcom says they have been getting “poor value for money” in recent years, compared to those who buy bundles of landline, broadband and/or pay-TV services.

Nearly two thirds (66%) of customers with only a landline are over 65, and more than three quarters (77%) have never switched provider.

Ofcom has been concerned that telephone line rental prices have risen, despite wholesale costs falling. Following a review of this market,  it set out proposals to cut monthly bills for BT’s landline-only customers by between £5 and £7.

BT has agreed to introduce the change and is reducing its monthly line rental price by £7 from April 2018 for customers who take only a landline from the company. Ofcom believes other providers will follow suit.

BT’s landline-only customers – who currently pay £18.99 per month for line rental – will pay £11.99. This 37% reduction will return BT’s line rental for these households to a similar level to 2009.

At least 800,000 of these landline-only customers do not have to do anything to claim this price cut – it will appear on their bills automatically. They will then be protected from real-term price increases, with line rental and call costs capped at the rate of inflation.

A further 200,000 customers on BT’s ‘Home Phone Saver’ package may also be eligible. This group of customers can choose to stay on their current package, or move to the standard product being cut, depending on which is the best deal for them.

If BT fails to honour its agreement, Ofcom will step in.

Jonathan Oxley, Ofcom’s competition group director, said: “For many people, their landline is their lifeline.

“But households who only have a landline – and no broadband – have seen their phone bills soar. Many are elderly, and have been with BT for decades. We’ve been clear that they must get a better deal. So I’m pleased BT has responded to our plans in full by cutting these customers’ bills.”

Ofcom says telecoms providers must continue to up their game on service quality and too many customers still experience problems. It acknowledges that on the whole, customers who buy communications services in a bundle are getting more for their money, thanks to strong competition in the market. By contrast, landline-only customers have less choice, with a number of providers having withdrawn these products altogether.

Its analysis shows that all major landline providers have increased their line rental charges significantly in recent years – by between 23% and 47% in real terms. This is despite providers benefitting from around a 27% fall in the underlying wholesale cost of providing the service.

Of the UK’s 1.5 million landline-only customers, two-thirds are with BT. This position has allowed BT to increase prices without much risk of losing customers, and other providers have followed BT’s pricing lead. Ofcom expects BT’s £7 price cut to mean other providers can follow suit.