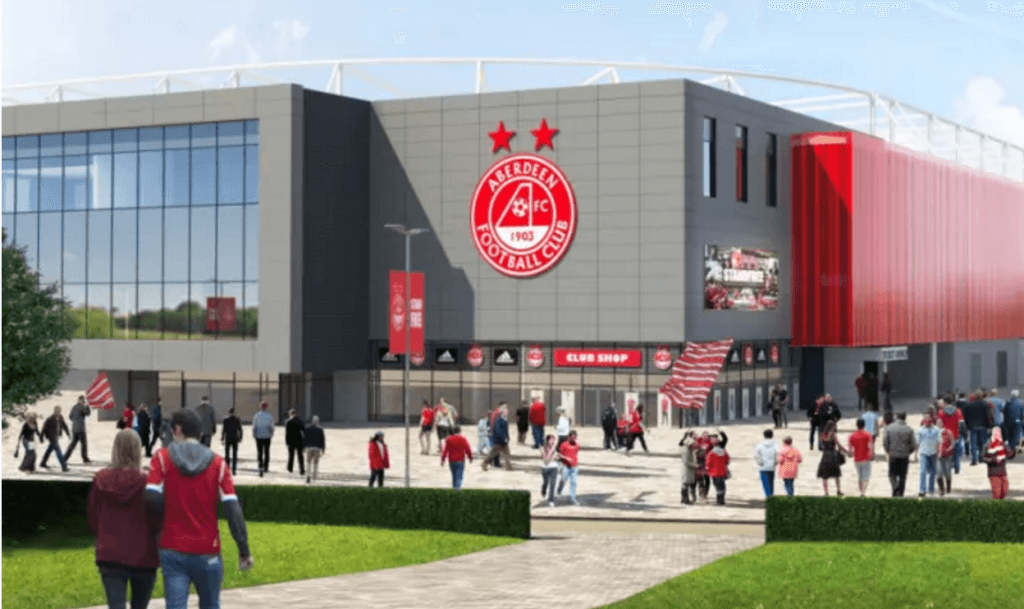 New stadium application has been delayed

Aberdeen Football Club has requested more time to prepare its application for a new 20,000 seater stadium.

It has withdrawn its current proposal which was due to be considered by councillors next week.

The club wants to build a £40 million stadium and training complex on land within the greenbelt at Kingsford near Westhill.

The Aberdeenshire infrastructure services committee voted in March to reject the proposals though a final decision rests with Aberdeen City councillors.

The proposals are dependent on approval of a controlled parking zone and footbridge.

A spokesman for Aberdeen City Council said the applicant wants further discussions and clarification with the planning authority. If necessary further consultation will follow.

Campaign group No Kingsford Stadium is opposed to the clubs plan to move to a site in the west of the city due to its potential impact on traffic and the environment.