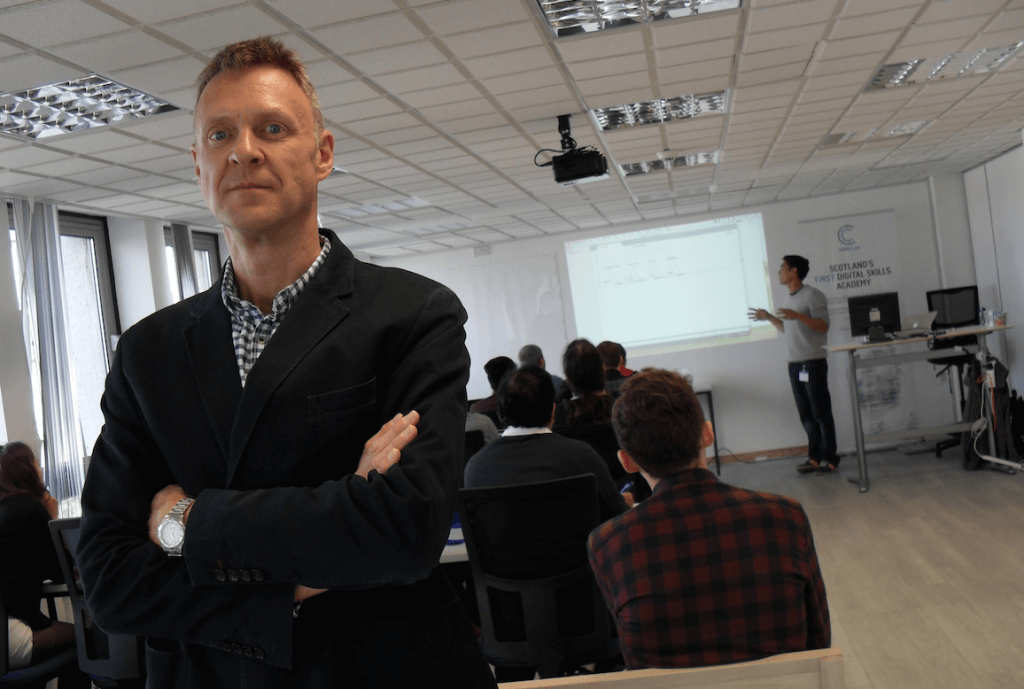 Harvey Wheaton, who has left the CodeClan Academy, has taken up a new post in Oxford.

He stepped down as CEO of the Edinburgh digital training centre in the summer for “personal reasons” and a statement was prepared, though it was not reported at the time.

It said it was in the process of informing stakeholders and had appointed a recruitment agency to help find the right candidate.

Adam Bannon is serving as acting CEO of the academy which has just placed its 150th graduate in a technology job.

Mr Wheaton, who was lured from Finland to launch CodeClan two years ago,  has re-emerged as executive producer at Natural Motion, a games and technology company in Oxford.

CodeClan was set up in the Codebase facility to help meet a shortage of skilled labour in the digital industries.

As chief executive Mr Wheaton saw it develop into an innovative centre for retraining individuals from a varied background in coding skills.