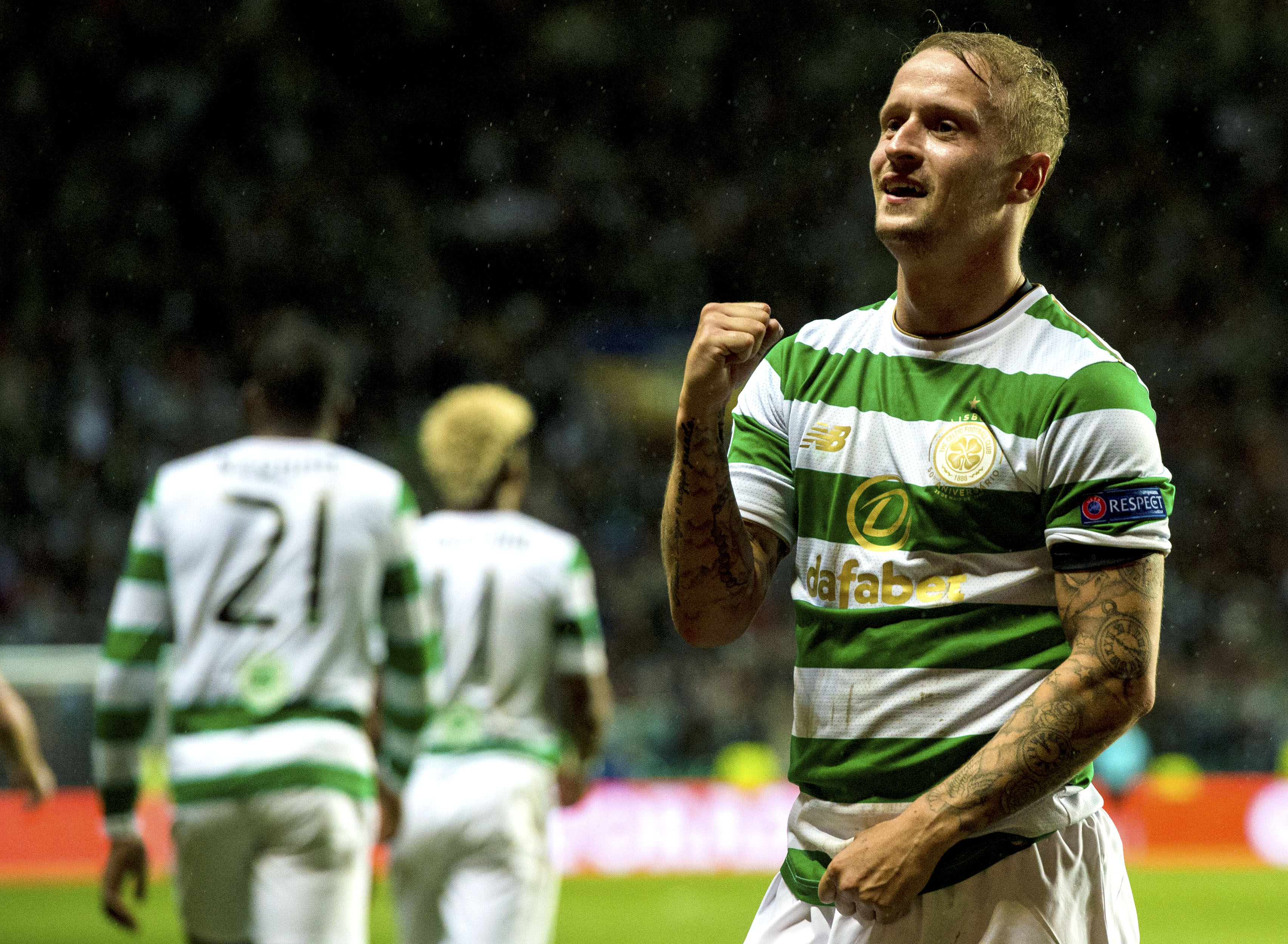 Leigh Griffiths set Celtic on the way to victory over Anderlecht in Brussels (pic; SNS Group)

Celtic claimed their first win in the group stages of the Champions’ League for four years with an impressive display in Brussels.

Although far from their best in the first half, Celtic broke the deadlock seven minutes from the interval when Leigh Griffiths slotted home from a pinpoint Kieran Tierney cross to give the visitors the advantage going in at the break.

An own goal from Kara Mbodji with 50 minutes on the clock doubled Celtic’s lead before Scott Sinclair netted a superb third in the closing stages to complete one of the Hoops’ best away results in Europe and end a run of 16 European group matches without a win.

The triumph saw Brendan Rodgers’ side register their first points in Group B and puts Celtic in pole position to finish at least third in the table and ensure participation in Europe after Christmas.

A victory in the Champions League also earns a team in excess of £1million.

Rodgers had been looking for his team to demonstrate they belong on the elite stage after the 5-0 mauling from tournament favourites Paris St-Germain a fortnight ago and his Bhoys delivered in some style as they won only their second ever away group game.

The only negative on a memorable night for the club was what appeared to be a hamstring injury suffered by captain Scott Brown in the second half. It remains to be seen whether the influential midfielder will be fit for Scotland’s upcoming World Cup qualifiers against Slovakia and Slovenia.

“It was an outstanding performance and result,” said Rodgers.

“For a Scottish team to come away, get a 3-0 victory, keep a clean sheet at this level is obviously a big achievement. This is a huge jump from where we’re coming from into this level.

“At this level, it’s all about the belief. You’re playing against top-class players, fantastic clubs – a club like Anderlecht with a huge history and the Belgian champions.

“For our guys to show what they’ve done in the last 12 months and improve is great credit to them. They’ll gain belief, they’ll gain confidence, but they’ll also know that we want to continually improve.”

Goalscorer Griffiths said: “We got it down and passed it well. We really caused them problems. It was great to win the match and give the fans something to cheer about.”

In the other match in Group B, PSG defeated Bayern Munich 3-0 to sit top of the table with six points from two games. Celtic, who now face back-to-back games against the Germans, are level with Bayern in second place on three points with Anderlecht propping up the group without a point.