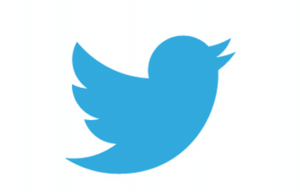 Social media site Twitter is testing longer character limits as it looks for ways to boost traffic and growth.

The loss-making network limits tweets to 140 characters – a technical limitation owing to the limits of text messages – but it has doubled that to 280 characters for a small group of users.

It said the current limit was “a major cause of frustration” for some users and that extending it would increase engagement.

The company continues to suffer from slowing growth and is keen to widen its appeal and attract new users.

A change to a longer format will divide opinion. Supporters of the current limit say it gives Twitter a singular purpose in being brief and to the point, rather than the long and flowery dissertations sometimes appearing on rival networks.

It has also won favour as a breaking news service where users take to the medium to provide instant reaction. Some fear that one effect of extending the length of tweets will be to provide US president Donald Trump with an opportunity to deliver longer diatribes.

One commentator said: “Brevity is definitely the soul of Twitter. A good tweet boils information down into what’s essential. You get the headline, and a little more detail. That’s it.”